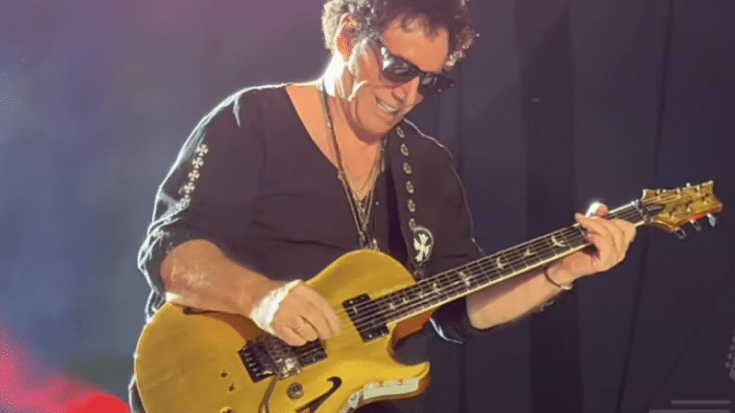 Many Journey fans have a mixed opinion about Arnel Pineda being the lead singer of the band, but he surely proved why he was chosen for the part during their performance at Mid-State Fair in Paso Robles, CA on July 20.

With their 17-track on the set list, Pineda sang to the crowd some of the classics of Journey, including “Don’t Stop Believin’,” “Open Arms,” and “Faithfully.” They’ve also closed the show with their hit song “Any Way You Want It” with the confetti falling on the stage.

Journey are now streaming their newest album, Freedom, following its release on July 8. The lineup of the band featured on the new album includes co-founder Neal Schon, Jonathan Cain, and Pineda, along with Randy Jackson on bass, who played on the group’s Raised On Radio album from 1986.

The new album marks as their 15th studio record and it also has 15 tracks. They launched it on July 15 with a four-date Las Vegas Residency at the Resorts World Theatre, where they are joined by a symphony orchestra. Freedom was first introduced last 2021 with a single “The Way We Used To Be.”

You can watch their full performance and see the complete set list below.