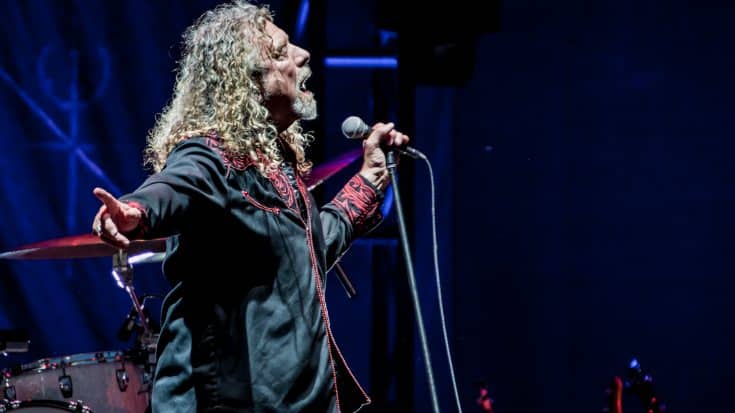 Robert Plant has announced a series of new show schedule for this fall in the U.K. with his band Saving Grace.

The legendary singer is set to wrap up his U.S. tour with Alison Krauss in September, before heading to the U.K. and launching the trek with Saving Grace in Belfast on Oct. 25. Plant is scheduled to perform in several major U.K. cities, such as in Dublin, Edinburgh and Glasgow, before closing in Perth, Scotland on Nov. 9.

The former Led Zeppelin singer already performed a run of shows in April and May with Saving Grace before going on tour with Krauss. Plant and Saving Grace first performed together in 2019. The band consists of singer Suzy Dian, guitarists Tony Kelsey and Matt Worley, and percussionist Oli Jefferson.

The Christian metal band will continue performing at smaller, more intimate venues this fall as well. Earlier this year, Plant commented on the low-key style of touring in one of the Saving Grace shows, he said:

“We are working a new process of fame and acquisition of wealth and treasure by not putting any records out, not selling any t-shirts, not doing a fucking thing, just keep playing.”

Tickets for the upcoming concerts are on sale on Plant’s official website. Check out the complete tour dates below.