After More Than Two Decades, Axl Rose And Slash Are Still Slaying It! 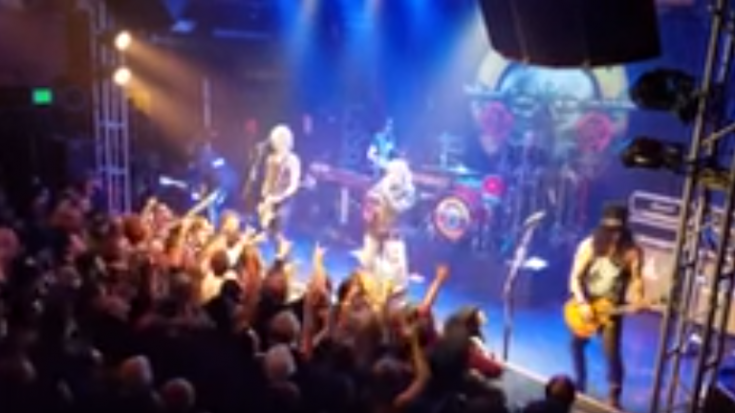 Welcome Back To The Jungle!

Has it really been over 20 years? Izzy Stradlin and Steven Adler may be missing from the lineup but fans are still wildly in love with the kind of killer charisma and chemistry emanating on stage from the much-awaited reunion of frontman Axl Rose, lead guitarist Slash and bass player Duff McKagan. To say that the live show was a smashing success would be a bit of an understatement. On April 1, Friday night, the boys proved that nothing has changed when it comes to delivering spine-tingling, adrenaline-pumping rock music. They performed at The Troubadour which is located in West Hollywood, California.

They played some GnR classics like Welcome To The Jungle, Sweet Child ‘O Mine, Paradise City and Knockin’ On Heaven’s Door and the crowd just can’t get enough of them. Some of the celebrities spotted in the venue included Bradley Cooper and his mom, Kate Hudson, Nicolas Cage, Jim Carrey, Chris Brown, Michelle Rodriguez and Lenny Kravitz. Talk about VIP!

P.S. This was NOT filmed by us. We simply found it on Youtube and shared it. The source is here.