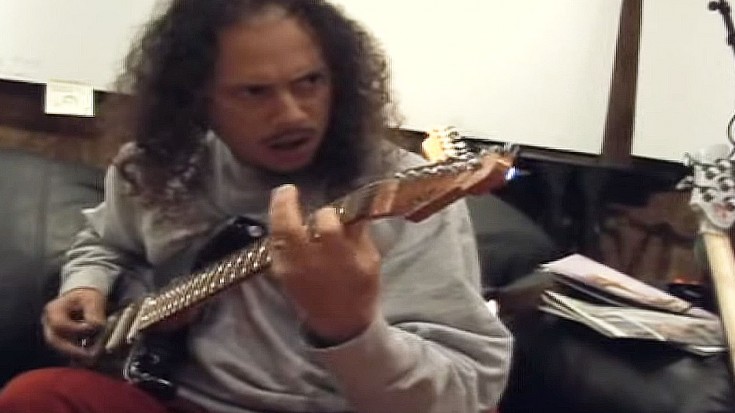 “Dude, Your Gig’s In Jeopardy.”

Metallica guitarist Kirk Hammett was sweating bullets when while recording 2008’s Death Magnetic he found out that bassist Rob Trujillo is not only a killer bass player, but a fiercely talented classical guitarist. During a lull in recording, Trujillo picked up an acoustic guitar and started playing a gorgeous little flamenco piece improvised on the spot and prompting James Hetfield to craft an electric version of it to maybe use on another Metallica track down the line, and while Rob was especially modest about this previously hidden talent, his bandmates certainly weren’t!

Fun Fact: Rob Trujillo grew up playing flamenco music thanks to his dad, who also played. He also credits flamenco music with crafting his fingerpicking style of bass playing, which came after years of playing acoustic guitar.

Hetfield jokes that Kirk’s job as lead guitarist is on the line, telling him “Dude, your gig’s in jeopardy!” knowing that Rob is a pretty talented classical guitarist, and the look on Kirk’s face as he tries to keep up with him is absolutely hilarious – the mark of a musician who truly recognizes talent when he hears it. Metallica fans can rest easy, though – Kirk and Rob are great friends and neither one of them is going anywhere (or switching instruments!) for a long, long time. Check it out in the footage below!