Hall Of Famers Cheap Trick & Deep Purple To Be Honored In May – And You’ll LOVE The Reason Why! 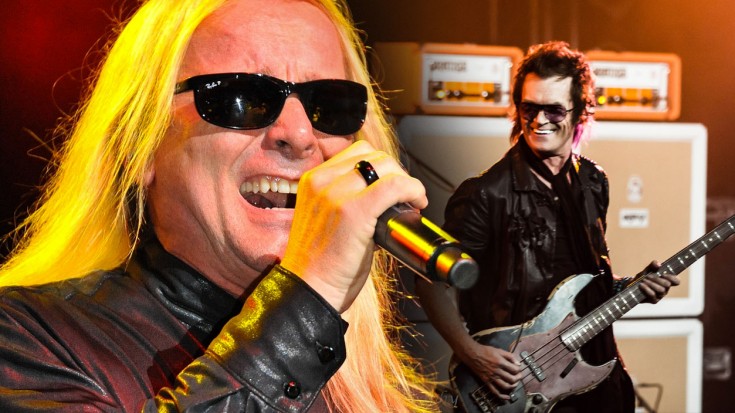 It’s going to be a busy few weeks for brand new Rock Hall of Famers Cheap Trick and Deep Purple (it feels SO good to say that)! Cheap Trick just released their 17th studio album entitled Bang, Zoom, Crazy…Hello last week and this Friday will see the Illinois rockers, along with Deep Purple, being formally inducted into the Rock And Roll Hall Of Fame.

As if that weren’t enough to celebrate, Cheap Trick’s Robin Zander and Deep Purple’s Glenn Hughes are to be honored at a separate event on May 12th for their many contributions to American art and culture and no doubt for their accomplishments – and for the icing on the cake, they’ll also be helping out a cause close to their hearts: art.

With honors coming in from the likes of Guns N’ Roses’ Matt Sorum and Gilby Clarke as well as Black Sabbath’s Geezer Butler, this celebration of two glowing careers is paired with an all-star concert benefitting Los Angeles based charity Adopt The Arts – a program designed to save art programs in Los Angeles public schools, and who better to help save music programs than people who can attest to the power of music and where it can take you, given the right tools and guidance?

Most rock and rollers dream of one day being inducted into the Rock And Roll Hall of Fame and counted among music’s best and brightest, so to see Robin Zander and Glenn Hughes being honored for their accomplishments at an event designed to protect the future of tomorrow’s Hall of Famers is nothing short of absolutely magical.