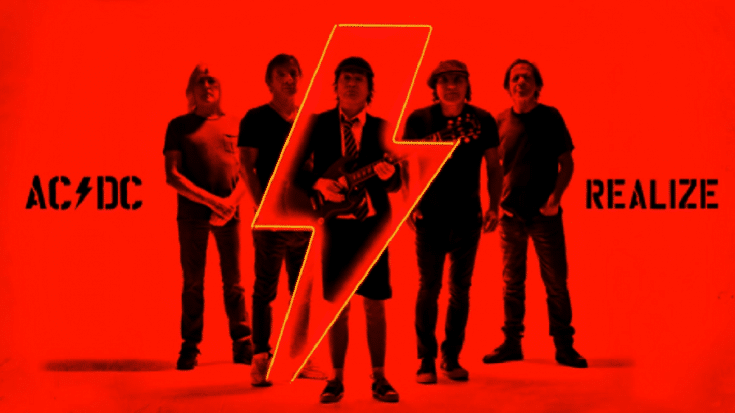 AC/DC has dropped another surprise just ahead of the release of their upcoming studio effort “Power Up” – their first album in six years which is arriving on Friday, November 13. Just like their first single “Shot in the Dark”, “Realize” features the band’s trademark sound. From guitarist Angus Young’s funky riffs to Brian Johnson’s powerful vocals, this veteran rock outfit still delivers even after all these years.

The thundering “Realize” is credited to Angus and also his late brother, their rhythm guitarist Malcolm Young who passed away back in 2017.

Angus told Radio.com, “A lot of the songs, Malcolm and myself, we had worked on. These were songs that we had been working through the years. And it was a case of getting these songs out. And I wanted to make sure that I had a lot of good tracks that Mal really liked.”

He also shared to Rolling Stone, “Even when I sit at home and pick up my guitar and start playing, the first thing that enters my head is, ‘I think Mal will like this riff I’m playing.’ That’s how I judge a lot of stuff.”