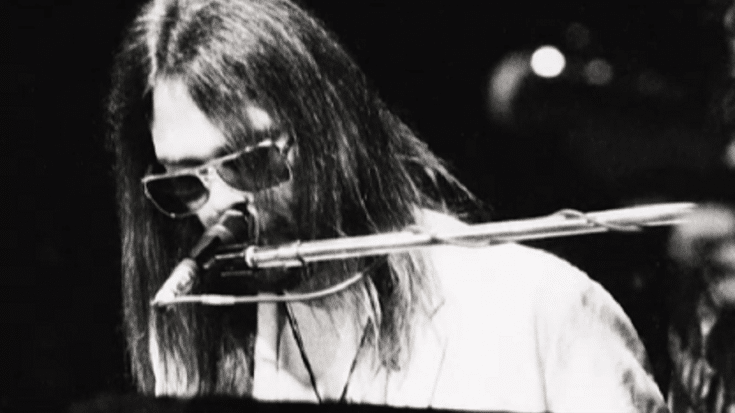 Neil Young has been quite productive this year especially at the start of the pandemic. And more recently, he posted a previously unreleased live recording of “The Losing End (When You’re On)” as a preview of his upcoming “Archives Volume 2: 1972-1976” 10-disc box set which is arriving on November 20. You can check it out below.

He performed this live with the Santa Monica Flyers and was recorded on September 22, 1973 which was the last evening of his three-night run at West Hollywood’s Roxy Theater – making him the first artist to perform at the said Sunset Strip venue. It’s featured on the fourth disc. Young originally released it on his 1969 album with his backing band Crazy Horse, “Everybody Knows This Is Nowhere.”

Young previously shared “Powderfinger” from 1975, “Come and Say You Will”, and “Homefires.”

Aside from this massive collective, he’s also working on several other archival releases. He just celebrated his 75th birthday.

In a 2012 interview with Uncut magazine, the veteran rocker said: “All it takes to get me started is a good environment and then I’ll start thinking about music. Accessing creativity – it’s like approaching a wild animal in a hole. If you try too hard, it’s gonna get away. You can’t corner it, you can’t scare it. You consistently stay there with it, and wait for it to come out.”