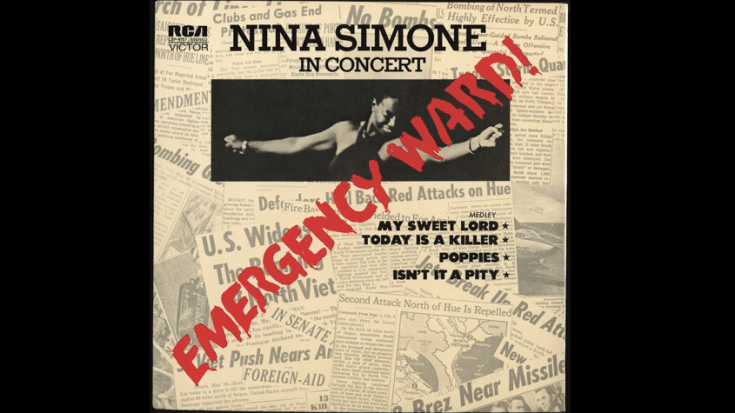 It wasn’t until The Beatles’ later years when George Harrison came into his own and stepped out of the Lennon-McCartney songwriting partnership. He didn’t have a lot of compositions that made the final cut in the band’s albums but when they disbanded and went on to pursue solo careers, it was Harrison who had a treasure trove of musical gems.

He’s a genius and a brilliant songwriter at that, so let’s look back at some of the most unforgettable George Harrison covers.

It takes a lot to cover Beatles songs but The Smithereens nailed it. It’s also memorable because it’s the first song Harrison wrote that made it to the final cut of The Fab Four’s album. An uptempo rock ‘n roll number, Harrison didn’t think it was good. He said, “It mightn’t be a song at all. But at least it showed me that all I needed to do was keep on writing and maybe eventually I would write something good. I still feel now: I wish I could write something good. It’s relativity. It did, however, provide me with an occupation.”

This ballad touches on Harrison’s spiritual concerns which was a common theme in his songs and also a bit of politics. He shared, “I like the melody – it’s sort of strange. The lyrics are self-explanatory.” Faithfull recorded it in 1971 but it only saw the light of day 14 years later in 1985.

Another gem from Harrison’s musical masterpiece “All Things Must Pass”, this anthem is undoubtedly one of his greatest compositions. He originally wrote it for The Beatles but his bandmates rejected it and Harrison even considered giving it to Frank Sinatra. The original Harrison version clocked in at seven minutes but Nina Simone reworked the ballad into eleven minutes of pure magic.

Featured on “Abbey Road”, this was a turning point for Harrison as he finally came into his own as a songwriter – writing songs that rival the compositions of John Lennon and Paul McCartney. A love song to his first wife Pattie Boyd, he first offered this to Joe Cocker because it wasn’t easy getting his songs included in Beatles albums. Frank Sinatra regularly performed his cover because for him, it was “the greatest love song of the past 50 years.”

6. Tom Petty and The Heartbreakers – “I Need You”

The second Harrison composition released by The Beatles, he wrote it for his then-girlfriend and future wife Pattie Boyd. The lyrics are mostly about the time she left him because fans became too much for her to deal with. Tom Petty and the Heartbreakers performed it in 2002 as a tribute to the Quiet Beatle on the Concert for George event.

5. Patti Smith – “Within You Without You”

Inspired by his time in India, it’s his only song on “Sgt. Pepper’s Lonely Hearts Club Band.” He recalled, “‘Within You Without You’ was a song that I wrote based upon a piece of music of Ravi’s that he’d recorded for All-India Radio. It was a very long piece – maybe 30 or 40 minutes – and was written in different parts, with a progression in each. I wrote a mini version of it, using sounds similar to those I’d discovered in his piece. I recorded in three segments and spliced them together later.” Patti Smith featured the track on her 2007 covers album called “Twelve”.

Taking inspiration from Roger McGuinn’s guitar work for The Byrds, Harrison shared: “‘If I Needed Someone’ is like a million other songs written around a D chord. If you move your finger about you get various little melodies. That guitar line, or variations on it, is found in many a song, and it amazes me that people still find new permutations of the same notes.” It’s the only Harrison composition that became a staple in the band’s live repertoire.

Showcasing his growth and maturity as a songwriter, it’s one of Harrisons most famous compositions. Tom Petty, Jeff Lynne, Steve Winwood, Marc Mann, Dhani Harrison and Steve Ferrone performed an all-star tribute to Harrison when he was inducted into the Rock and Roll Hall of Fame in 2004. The performance wrapped up with an extended guitar solo by Prince.

It’s Harrison’s first single as a solo artist but he originally gave it to Billy Preston who was also under Apple Records. According to Preston, Harrison got the idea when he talked to him about writing a gospel song. Preston later commented, “George took it from there and wrote the verses. It was very impromptu. We never thought it would be a hit.”

Harrison wrote this at Eric Clapton’s country house amid the tension between The Beatles and his frustration over Apple Records. He said, “‘Here Comes The Sun’ was written at the time when Apple was getting like school, where we had to go and be businessmen: ‘Sign this’ and ‘Sign that’. Anyway, it seems as if winter in England goes on forever; by the time spring comes you really deserve it. So one day I decided I was going to sag off Apple and I went over to Eric Clapton’s house. The relief of not having to go and see all those dopey accountants was wonderful, and I walked around the garden with one of Eric’s acoustic guitars and wrote ‘Here Comes The Sun’.”