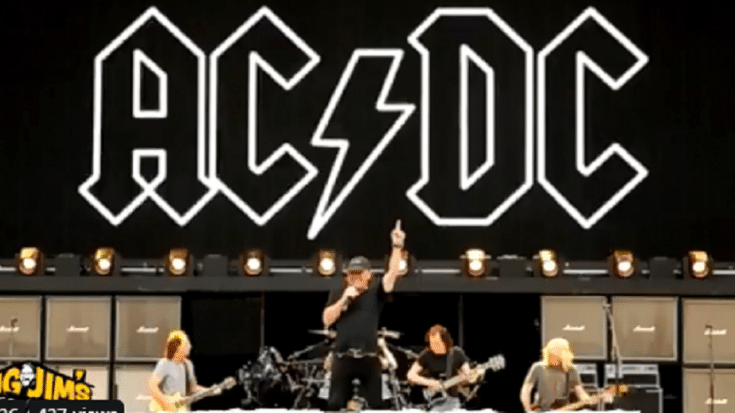 Can AC/DC Speak Up About It Already?

AC/DC surely knows how to hype things up. For over a year, rumors have been circulating about them reuniting, working on a new album, and planning on a world tour. And yet, no one has confirmed anything. Back in 2018, Brian Johnson and Phil Rudd along with guitarists Angus Young and Stevie Young were spotted outside a Vancouver recording studio where they have recorded some of their albums.

In July 2019, there were online reports that suggested that they will be making an important announcement within the month. But again, we were all left disappointed.

And now, another band has spilled the beans about AC/DC’s 2020 Tour. During WCSX’s Big Jim’s House radio program a few days ago, the host talked about English rock group The Struts and their recent interview where they said, “But AC/DC as well, and I heard they’re going on tour next year. Wouldn’t it be great if they come here and we get to open up for them? Actually, I’m projecting that. I’m going to put that out into the universe, and start that.”

This could easily be another speculation. However, according to the host, “I did some research, and AC/DC’s label and this band’s label, they work together, so there might be some validity.”

Check out the clip below…

The Struts were interviewed about who they want to tour with and may have let the cat out of the bag on a new AC/DC tour... @TheStruts @acdc #classicrock #bigjimshouse #return #brianjohnson #tour pic.twitter.com/ienLfGeTQt