5 Rock Legends That Were Labeled ‘Out Of Control’ 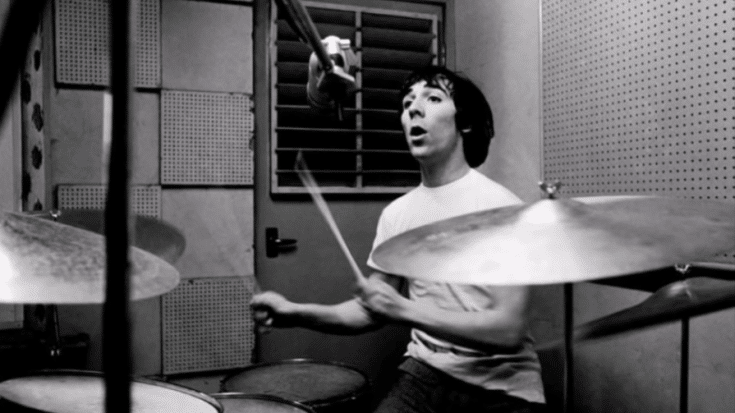 Here’s a cold hard fact – rockstars get away with almost anything. There’s no point arguing because their hedonistic lifestyles have been well-documented. Whether it’s trashing hotel rooms, flooding hallways, or crashing their own car into the swimming pool, they liked to live dangerously. But even though being wild is common and mostly part of being in the rock music industry, there are those who still stand out.

The following rockers took their antics and partying to the next level.

In his heyday, Ozzy Osbourne partied the hardest. Biting the ear off a live bat, taking a piss on the Alamo, peeing on a police car, snorting a line of ants, accidentally drugging a vicar, throwing a TV out the hotel window, tried shooting his cats at home, and biting the head of a dove – it could be drugs or alcohol but he just didn’t know when to stop. Comparing himself to other rockers who passed away like Gary Moore and Led Zeppelin’s John Bonham, Osbourne told Classic Rock magazine: “As I say, I don’t know why I’m still alive. They didn’t do any worse than I did, I didn’t do anything less than they did. We all drank the same, we all partied the same, we all did the same.”

Keith Moon is the very definition of a rockstar “out of control”. As far as crazy behavior goes, he one-upped Ozzy Osbourne in every way. He was a big ball of energy on and off stage. When he wasn’t spending his energy slamming on the drums and going wild behind the kit, he went ahead and played practical jokes on everyone – nobody was safe. Besides, he was called Moon the Loon for a reason – nothing was off-limits for him. He famously added more explosives to his drum kit at an appearance on “The Smothers Brothers Comedy Hour” and nearly blew Pete Townshend’s head off. It resulted to damaging Townshend’s hearing and singeing his hair. Moon reportedly had a piranha for a pet and he’s known for putting cherry bombs on their hotel toilets. At his 21st birthday party, it got so wild that he knocked out his front teeth.

The Doors’ Jim Morrison was a poetic genius but like 90% of rockstars, he was innately rebellious. Add in the fact that he liked to indulge in alcohol, it wasn’t long before he became increasingly unpredictable. In fact, he was the first rockstar to be arrested mid-performance. He got drunk at a football game and made fun of the players, stole an umbrella from the window of a police car, making a ruckus with the flight crew and attendants at a flight, and allegedly exposed his male member to the audience at a gig in Miami.

Mötley Crüe is full of batshit crazy members (think rubbing egg burritos on their crotches so they can cover up the smell of sex) but even among them, Nikki Sixx emerges as the unrivaled one in terms of wildest moments and unbelievable antics. After he almost died from heroin overdose, the first thing he did after getting discharged from the hospital was to well, inject more heroin. He also tackled Eddie Van Halen. When asked whether he has any regrets, Sixx told The Guardian: “The only thing I regret is if anybody got hurt along the way, but the person who got hurt the most was me.”

Ah, yes. The man who cheated death more times than we can count. This is the very same one who admitted that he snorted his father’s ashes and managed to stay awake for nine days! He even whipped out a bag of cocaine at a baby shower. He enjoyed what he used to call as “the breakfast of champions” – a cocktail of cocaine and heroin.