The Biggest Radio Hits Of 1979 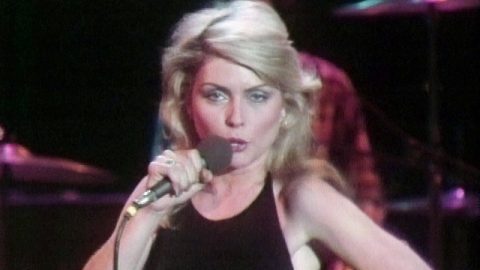 Before the ’70s ended, 1979 had plenty of surprises. Sony introduced the first Walkman which was an absolute game-changer for music lovers everywhere. And the following songs received heavy radio airplay too. Let’s check them out:

The third single of “Parallel Lines”, its earlier version was titled “Once I Had a Love” and recorded as a demo. It had elements of disco music which elevated the whole song. Keyboardist Jimmy Destri recalled, “Chris always wanted to do disco. We used to do ‘Heart Of Glass’ to upset people.” Although it was a huge hit, Blondie received backlash as they were accused of selling out.

It attracted controversy because of plagiarism issues but it has since become one of Rod Stewart’s best known and most enduring songs. It was a departure from his usual soulful blues and ballads since it incorporated disco elements. It alienated some of his old fans but it helped him win over new ones.

KISS – I Was Made For Lovin’ You

A staple in their live repertoire, it’s a fan favorite and has appeared in several films. Just like the previous tracks on this list, the song drew heavily from disco. According to Desmond Child, “Paul wanted to write a good disco song and I decided to help him with that.” He added, “Paul started to write lyrics and chords then I played the song on the guitar and said ‘OK, we’ll do something to improve this and make it really a good song.'”

After their demo became popular with radio listeners, Dire Straits landed a record deal with Phonogram Records. “Sultans of Swing” then appeared on their eponymous debut album. Mark Knopfler got the idea for the song after watching a lousy band play at a club. He recalled, “When the guys said ‘Thank you very much, We are the Sultans of Swing,’ there was something really funny about it to me because Sultans, they absolutely weren’t.”

The lead single from their multi-platinum record “Cornerstone”, Dennis DeYoung wrote it as his birthday present to his wife. He didn’t intend it to be a Styx song but his bandmates convinced him to include it in their album. It was on heavy rotation and became #1 in several countries.