4 Insane Lineup Changes That ALMOST Happened, And 1 That Actually Did 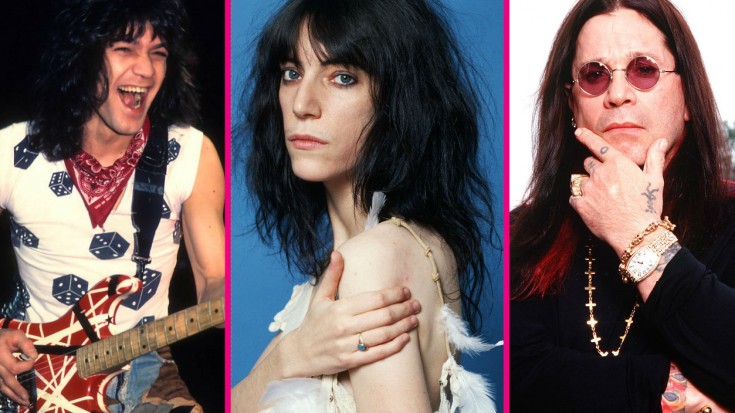 It’s hard to imagine some of the most iconic bands in the rock world without some of their most notable members – it’s even harder to imagine a lineup change that crossed everything from genres to genders! That’s what almost happened in these cases (and actually did, for one band) but thankfully, these near misses were just that: near misses.

Still, it’s fun to look back and imagine what could have been if some of your favorite bands went through with the insane lineup changes they considered at one time or another – check them out below!

Known for her smash hit “Because The Night,” 70’s icon Patti Smith nearly joined Blue Öyster Cult when after contributing lyrics for “Career Of Evil” for their 1974 album Secret Treaties, producer Sandy Pearlman begged her to join Blue Öyster Cult as a permanent full time member.

Yep, you read that right. Frustrated with David Lee Roth, Van Halen’s Eddie Van Halen approached KISS bassist and singer Gene Simmons in the early 80s about the idea of possibly replacing guitarist Ace Frehley. Thankfully, Gene saw what Eddie didn’t: he told the “Eruption” guitarist that he “needed to be in a band where he could direct the music,” and Eddie returned to Van Halen where he’s been ever since.

Zakk Wylde once had dreams of “Paradise City” when he was initially tapped to replace Guns N’ Roses guitarist Izzy Stradlin, sharing lead duties with Slash for a few jam sessions before rising tensions forced Slash and Axl Rose to mutually agree to let Zakk go.

4. Ozzy Osbourne | Kicked Out Of Black Sabbath, Replaced By Ronnie James Dio In 1979

Possibly one of the most famous and controversial lineup shakeups came in 1979 when Ozzy Osbourne was booted from Black Sabbath following an immense battle with substance abuse. His now estranged wife Sharon (then just his manager and known as Sharon Arden) recommended Rainbow singer Ronnie James Dio, whose presence ushered in a brand new era for heavy metal’s godfathers. These days, Ozzy’s back in Black Sabbath as they embark on their last ever tour – though the wife situation is still a little murky…

As the legend goes, Eddie Van Halen wanted to introduce a female singer into Van Halen as far back as 1984. Before Diamond Dave was booted and Sammy Hagar was brought in to eventually replace him, Scandal singer Patty Smyth of “The Warrior” and “Goodbye To You” fame was considered as a possible replacement for Roth.