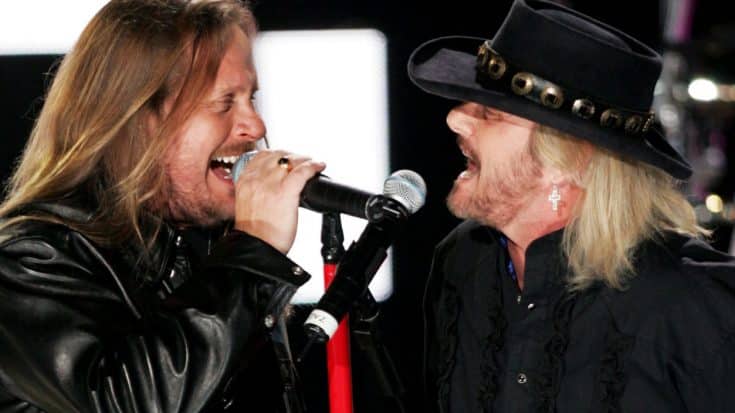 A Stellar Take On A Vicious Cycle Classic

Featured on 2003’s Vicious Cycle, Lynyrd Skynyrd’s “Red White & Blue” is a soaring celebration of the country – and people – that built these Jacksonville natives, showing love and appreciation for the sacrifices that are made daily to protect and preserve our way of life in all of its red, white, and blue glory. Written by brothers Johnny and Donnie Van Zant of Lynyrd Skynyrd and 38 Special, “Red White & Blue” is back 13 years later as Johnny and Donnie, performing together as Van Zant, release their emotionally charged take on the Skynyrd classic in preparation for their highly anticipated upcoming concert recording Red White and Blue: Live and y’all, it’s absolutely amazing.

Fun Fact: As rare as it is powerful, this is the only known live audio of “Red White & Blue” as performed by Van Zant on their 2006 tour.

While there’s no video footage of the brothers Van Zant actually performing “Red White & Blue,” the audio says it all; it’s great to hear the crowd roar as Johnny and Donnie trade licks back and forth for this soaring salute to everyone from waitresses to our dedicated armed forces, and the accompanying lyric video cut with patriotic footage – including shots of their beloved father Lacy Van Zant, a Navy veteran – is enough to bring a tear to the eye and a chill down the spine of even the most stoic of people!

It’s as fiercely poignant and from the heart as you’d expect from the Van Zant brothers and as Memorial Day approaches in just a few short days, their take on “Red White & Blue” couldn’t have come at a better time.