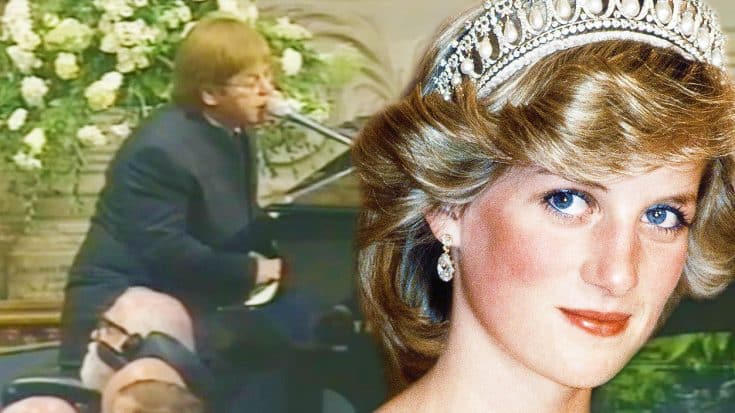 It was an emotional day

On August 30th, 1997 Princess Diana of Wales was tragically killed in a car accident in Paris. Her death sent Britain into hysteria, as the young princess was only 36 and spent her life as a humanitarian helping charities and causes.

A week after her death, her funeral took place. September 6th, 1997 will be forever remembered in the UK, and was a somber day for the world as Diana was laid to rest. During the funeral, Elton John performed a beautiful rendition of “Candle in the Wind,” and changed the words up a bit to fit the occasion. The opening line of the song, “Goodbye Norma Jean, though I never knew you at all….” was changed to “Goodbye England’s rose, may you ever grow in our hearts….” It hit England directly in the heart, and brought out every emotion. But at the same time, it really gave the nation hope after the tragedy and offered them a little bit of comfort.

Watch the performance down below, and join us in remembering Princess Diana on the 20th anniversary of this somber occasion.