Van Morrison’s “Sometimes We Cry” Duet With His Daughter, Shana, Is Too Damn Good For Words 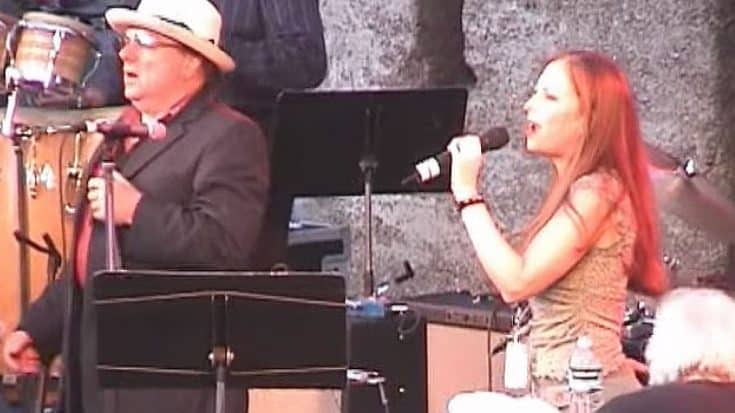 In 2004, Van Morrison celebrated his 59th birthday with a sold out show at Saratoga’s Mountain Winery, his 21-song set finding the singer-songwriter performing covers from Tommy Edwards, Mose Allison and others in addition to his own career spanning catalog. From “Moondance” to Them’s rough and rowdy “Gloria,” there was something for everyone – but the real magic came a little under halfway through the show when Van enlisted the help of a special guest for “Sometimes We Cry” from his 1997 album The Healing Game, proudly introducing his daughter Shana Morrison to the crowd.

Fun Fact: Van Morrison joins Shana on her album 7 Wishes for a rendition of “Sometimes We Cry” that features him on harmonica and vocals.

A fiercely respected singer-songwriter in her own right, Shana was no stranger to “Sometimes We Cry”; she’d covered it a few years earlier for her own album, 7 Wishes, and made it a staple in her own concerts, but there’s something special about performing it alongside her dad on his birthday that gives it an extra special flavor – one that found Van more than happy to let Shana stand on her own two feet, beautifully capable of keeping up with her dad and even giving him a run for his money during some of the song’s more complicated passages.

An incredibly sweet look into a shared love for music between dad and daughter, check out Van and Shana Morrison’s “Sometimes We Cry” duet – it’s too good, and it’s clear that the apple doesn’t fall far from the tree!