You’ve Never Heard This Version Of Fleetwood Mac’s “Fireflies” – Or HAVE You? 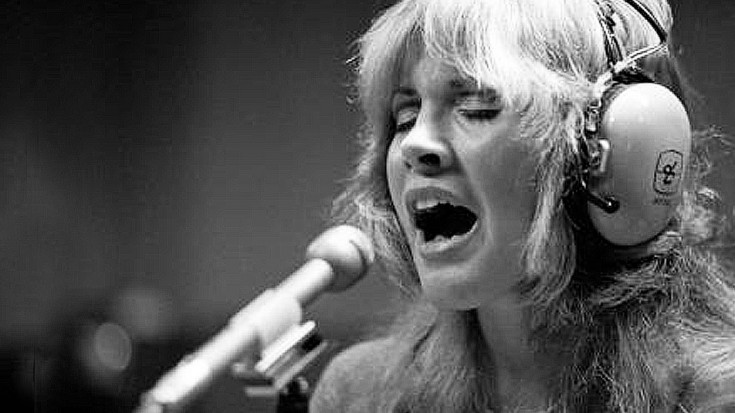 Originally appearing on Fleetwood Mac’s 1980 Live album, “Fireflies” is an ode to the turmoil occurring within the ranks of the band and Stevie Nicks’ determination to try and hold it together while at the same time embracing the uncertainty of it all and while the song never made it onto a proper studio album, it still remains one of the band’s most loved – and critically underrated – tracks. With no less than a handful of demos to show for “Fireflies” before adding it to Live, Fleetwood Mac’s fifth demo tape of the song features the song as a duet between guitarist Lindsey Buckingham and Stevie Nicks as opposed to the Stevie driven solo we’ve all become accustomed to and though a little rough around the edges, this version makes us smile because the addition of Lindsey ties in perfectly with the song’s theme of band turmoil caused by broken romances and strings of affairs had both within the band and without.

Fun Fact: Live was the first live album from the then-current line-up of the band, and the next would be The Dance from 1997.

Noticeably slower and an octave lower than that of the final version on Live, this extremely rare version of “Fireflies” makes us wonder – what prompted Fleetwood Mac to scrap Lindsey’s part when it’s clear that it would have made a gorgeous foil to the strength and power in Stevie’s voice? We may never know and short of the band recording it as a duet for a future album, this is as close as we’ll come to hearing “Fireflies” as a duet – and strangely enough, we’re pretty okay with that. Take a listen via the audio below, and let us know what you think!