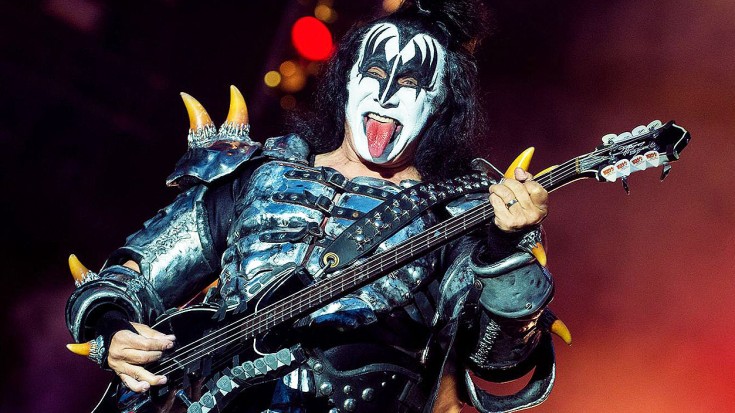 Kiss  lead singer and bassist Gene Simmons had an embarrassing moment on stage in Bozeman, MT. Simmonds took a major spill right onto his back during the band’s final number of the night: “Rock and Roll All Nite.” As he began to step away from the mic so that guitarist Tommy Thayer could have the spotlight and shred a guitar solo, the 66-year old rocker fell straight onto his butt. Simmonds laid there for a few split seconds before a roadie from stage right sprinted to his side to help the rocker up. It took a little bit to get Gene and his tongue fully upright again, because his platform shoes were gigantic, but once he was able to get back to his feet he finished the song with ease.

No one from the band has made any reference to the incident on social media, their website or anywhere else, therefore we’re going to assume Gene is perfectly okay with no injures. But he’ll definitely live on with a slight case of friendly embarrassment. This isn’t the first incident of Gene taking a spill on stage. He famously fell on stage following an intimate moment with a fan sitting side stage during the bands farewell tour in 2000. Kiss are in the midst of a tour and will visit Colorado Springs tonight. Here’s hoping Gene stays on his feet!

Check out the hilarious moment from last night down below!