Showdown At The Canadian Border – You Won’t BELIEVE What Guns N’ Roses Were Caught With! 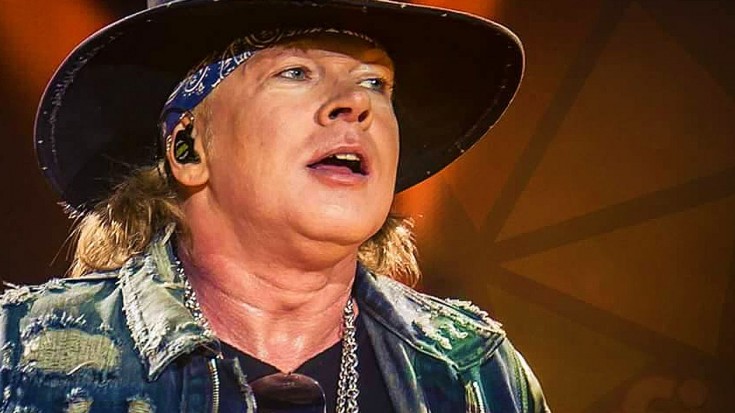 Guns N’ Roses may have left their freewheeling, drug fueled partying days behind long before they headed out on their Not In This Lifetime… Tour two weeks ago, but this weekend definitely took the LA rockers back to their early days in the form of a run in with Canadian border officials!

As the story goes, Guns N’ Roses were on their way into Canada for the Toronto stop on the tour after a killer show in Philadelphia when they were actually detained by Canadian border officials after a gun was found in the band’s possession. Don’t worry – the gun didn’t belong to anyone in Guns N’ Roses, but instead to a member of the band’s tour crew who “forgot” that he’d brought the firearm along and as further proof of Axl Rose’s evolution as a human being, the incident didn’t upset him in the slightest; in fact, it made him laugh.

Fun Fact: In 1988, Axl was arrested at the Canadian border for possession of a stun gun, later saying “I didn’t know they’re illegal there.”

No stranger to being detained by Canadian border officials for possessing things he shouldn’t, Axl regaled the sold out crowd of 50,000 strong at Toronto’s Rogers Centre with the amusing story of how the incident unfolded, calling the border officials “very nice” and “very understanding” and laughing himself at the silliness of the situation. Oh Guns N’ Roses – the more things change, the more they stay the same!

Don’t forget to check out Axl’s amusing take on his band’s showdown at the Canadian border in the video below!