ASTOUNDING: Your Jaw Will Drop When You Hear Steve Vai Reveal What NO ONE Saw Coming! 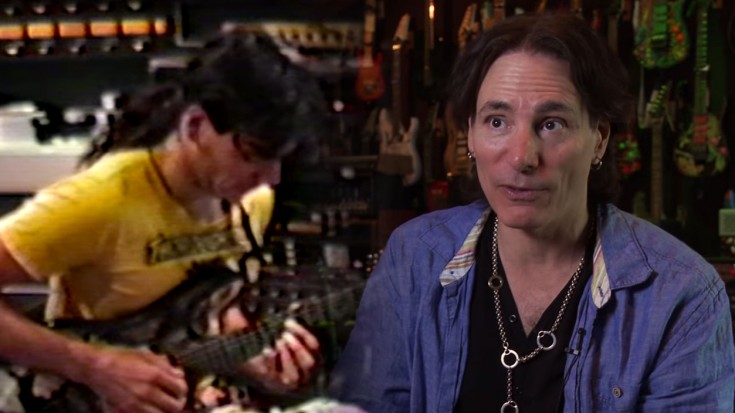 Now, it’s hard to speak for everyone who’s a fan of hard rock instrumentals, but we can only assume that NO ONE would ever pass up the opportunity to be a fly on the wall during a session where Steve Vai is writing his complex music, ESPECIALLY his most successful and revered full length album Passion & Warfare. It has always been a mystery to exactly how it is that Steve Vai writes his virtuosic hard rock compositions. His abilities are those that make aspiring guitarists question their very musical existence.

All this being said, it just goes to show that if you could buy tickets to attend a session where Steve Vai is writing and recording music, they sell out faster than you could say “Passion & Warfare”. Bad news, those tickets don’t exist. Good news, you won’t need any!

If you’ve EVER wanted to see how Steve Vai creates his music, now you can! In this video, you’ll see Steve Vai discuss the creation and process of his most successful album Passion & Warfare. You’ll be surprised to find out just how much of an isolated process it was. Also, not that anyone’s accusing Steve Vai of being a robot, but you also get to see a more human side of him. Almost a more vulnerable side of him.

This is definitely one of the more fascinating pieces of footage on the internet at the moment. Like Jimmy Page reminiscing on the creation process of Stairway To Heaven, Steve Vai offers the same intellectual outpouring, but for an ENTIRE album. If this doesn’t inspire you to make your own music, nothing will. See for yourself!