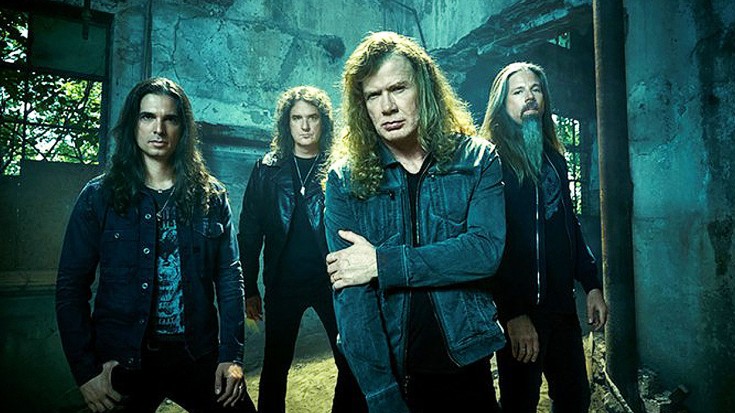 Megadeth have unfortunately been forced to drop some terrible news on their fans. The band’s bassist David Ellefson broke his foot this past weekend, therefore forcing the band to cancel their remaining European Festival dates. The band was scheduled to play the Masters of Rock Festival in the Czech Republic, followed by the Harley Days Festival in Slovakia but had to drop out due to Ellefson’s injury. The news was shared via frontman Dave Mustaine, who posted a brief video of himself explaining the news to the Maters of Rock YouTube account. Ellefson broke his foot during the band’s previous gig at the Rockmaraton Festival in Hungary.

“I want to let all of our fans in the Czech Republic know that our performance tonight at the Masters of Rock has been cancelled. Our bass player [has] received a severe break to his foot. I’m very, very sorry to tell you this, but we will make it up to you next summer. Please hang in there and stay metal.”- Mustaine explained.

Many people are wondering why the band didn’t call up Dave Grohl or Axl Rose, and ask to borrow the throne they utilized when they were immobile. Assumingly it was probably a time issue. It would’ve been difiicult to get the throne to Europe in time for Megadeth’s next show. Megadeth, however, have promised to return to the Czech Republic next year. Here’s hoping they keep it! In addition, the band announced a continuation of their Dystipoa Tour in North America with Amon Amarth, Suicidal Tendencies and Metal Church. The tour is expected to resume in September.

Below is the video of Mustaine breaking the difficult news.