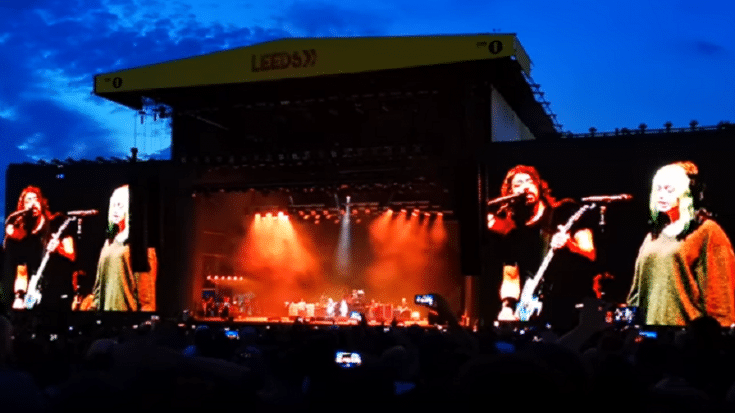 Talent Runs in the Family

Dave Grohl always knows how to put on a great and memorable show. He often calls up fans to come up on stage and perform with them but when Foo Fighters headlined the Leeds Festival at Bramham Park in the U.K. over the weekend, Grohl had a different surprise in mind. And this performance was extra special to him. They were a few songs into their set when he told the crowd:

“This has been a special trip for me because on this trip we have a new Foo Fighter in the band with us. Let me tell you something — she is the best fucking singer I know.”

He further explained to the fans:

Before launching into their 1998 single “My Hero”, Grohl also said that this was 13-year old Violet’s idea. Besides, this isn’t the first time the father and daughter teamed up for a live performance. They also covered Adele’s “When We Were Young” at a concert last year and she’s been a regular guest for Foo Fighters’ mini European tour.