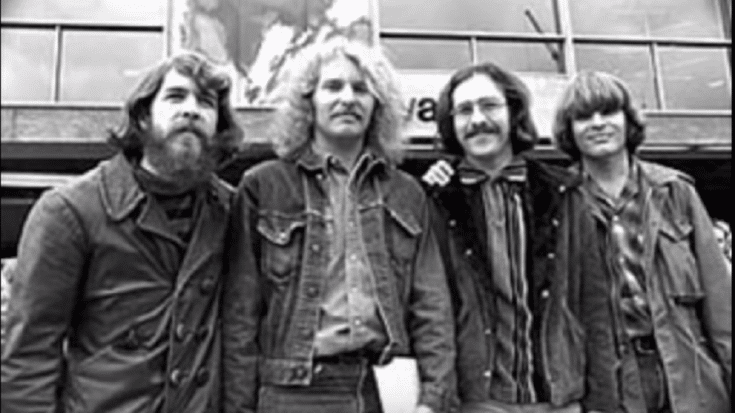 A Classic Through and Through

Creedence Clearwater Revival has plenty of musical gems in their catalog and yet somehow, “Proud Mary” still stands out even after all these years. Time hasn’t diminished its greatness. It was clearly a musical achievement. It peaked at #2 on the US Billboard Hot 100 and also topped the charts in several countries.

John Fogerty started writing the song after his discharge from the National Guard and he also came up with the famous chord riff.

One of the reasons it became a major hit was because it resonated with lots of people. The narrator went from working for a dictatorial boss to seeing “the good side of the city” and eventually finding people who “are happy to give.”

“The song is a seamless mix of black and white roots music …”Proud Mary” is, of course, a steamboat traveling up and down the river. Fogerty’s lyric sketches out a vivid picture of the protagonist finding a comfortable niche in a community of outsiders.” – Music critic Joel Selvin

That alone made it popular but what elevated it to icon status were the covers that soon followed. Proud Mary experienced a resurgence in popularity especially with Ike & Tina Turner’s version and when Tina re-recorded it for her solo. It was so good even Fogerty himself was floored.

“I loved it, and I was so honored. I was like, ‘Wow, Ike and Tina!’ I had actually been following their career for quite some time. Way back in the day, when Janis and Grace Slick started to get known by the kids who were my age, I’d be like, ‘Man, Tina Turner, c’mon!’ She finally got her due, but for a while there, she wasn’t noticed. It was a really good version, and it was different. I mean, that’s the key. Instead of the same thing, it was really exciting.”

It was one of CCR’s finest musical moments. There was tension among the members during recording mostly because of Fogerty being a perfectionist. But in the end, all that paid off nicely because they managed to churn out this epic masterpiece.