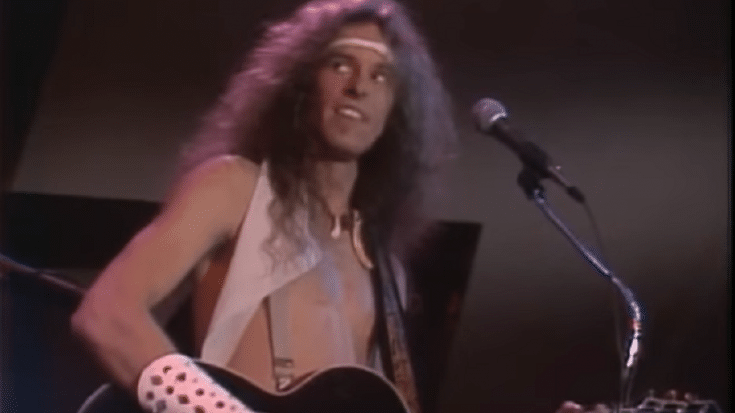 He Brought Down The House

On September 6, 1978, Ted Nugent appeared on The Midnight Special both as a host and as a performer. This is the first of two times he held hosting duties for the show. The next one would be two years later in 1980. He performed a total of four songs that night – “Free for All”, “Need You Bad”, “Stranglehold”, and as you can see from the clip below, “Cat Scratch Fever.”

“Cat Scratch Fever” is the title track of his 1977 album. It became iconic and one of the decade-defining tunes of the ’70s too. Speaking about the song to Guitar World, Nugent said:

“Of equal impact on the spirit of the recording was the pure rock and roll ears and touch of producer Tom Werman and engineer Tony Reale, both of whom brought a phenomenal craving and understanding of killer music and killer sounds. The energy, attitude and spirit of my team were the ultimate ingredients to make that song so damn cool.”

Nugent was one of the guitarists in the ’70s who’s well-known for his hard and heavy sounds. His performance during The Midnight Special proved that he deserved his rockstar status. It’s pure rock ‘n roll.