5 Songs To Summarize The Career Of Bad Company 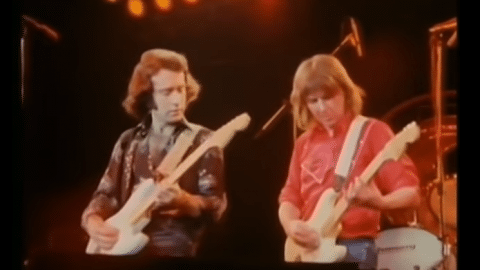 Formed in the early ’70s, this hard rock supergroup enjoyed popularity throughout the decade thanks to a string of hits. They were a success from the very beginning. After signing on Led Zeppelin’s Swan Song Records label, they released their debut album which immediately rose to the top of the charts. It spawned several classic hits and is widely considered as one of the best records of the ’70s.

Here are five of their greatest musical achievements.

Paul Rodgers’ delivery is one of the best things about Bad Company songs. This was actually originally recorded by Mick Ralphs’ former band Mott the Hoople. They added their own flavor to it though and somehow, we prefer it over the original version.

This song starts out innocently enough – a young boy who listened to a Beatles record and decided he’s gonna be a rockstar one day. Then, he made it big and it wasn’t long before he succumbed to the excesses brought about by his fame. He died of an overdose. According to frontman Paul Rodgers, this served as a warning to every musician. Drummer Simon Kirke further told SongFacts, “It was a sort of homage to the pitfalls of being in the rock world. You can let the success go to your head and you can get strung out and you can die. It’s very, very simple. And, unfortunately, it’s happening with alarming frequency to this day. Addiction will always be with us. But ‘Shooting Star’ was based on a composite of musicians.”

It’s a massive hit and for good reason. From the monstrous guitar riff to the powerful lead vocals, it remains one of their most iconic songs. It’s a straight-up rocker and in an interview with Uncut, Rodgers revealed that he started writing it while on tour with Free: “The inspiration was somebody I had met at the time. Life experiences. I traveled, hitchhiking, up to Rio Nido and camped out in the woods with some people I had met. I was gone for days. It was a wonderful experience to be young and free in America in the ’60s.”

Just like the title, we can’t get enough of the riffs and melody. It’s catchy and easily recognizable. It may not be their biggest hit but for several fans, this became their introduction to Bad Company. This hard rock classic didn’t just showcase their sound but also became one of the best tracks from the era.

It’s the ultimate Bad Company song that perfectly captured their sound and style. It’s haunting and unforgettable. The ’70s was a golden time in rock ‘n roll but even so, this stood out. According to Rodgers, “I think because it had never really been done, as far as I knew. I thought it was interesting to come out as a brand-new band with its own theme song.”