UPDATE: B.B. King “FEELING MUCH BETTER” And Is Back Home 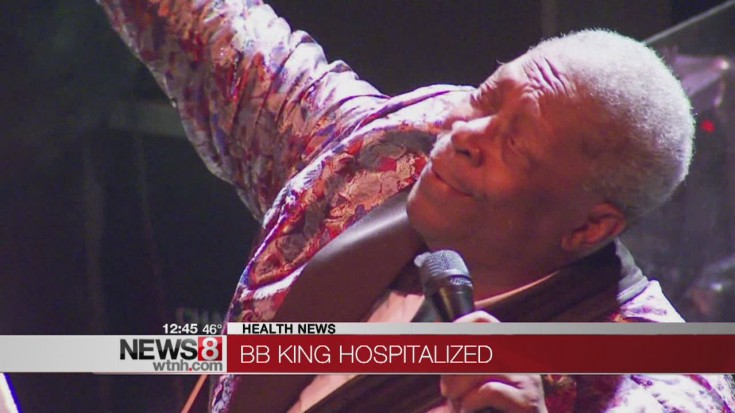 We all know that B.B. is struggling a bit with diabetes (TYPE II). April 6th, he was sent to a hospital in Las Vegas after feeling some complications. Unfortunately we also all know that this isn’t the first time he hasn’t been feeling so well. It was discovered that this episode was mainly as a result of dehydration. He announced last year that he wouldn’t be performing on tour until otherwise noted. At 89 years old, it might be time for him to take a break for a while, although he is still a guitar legend!

“I want to thank everyone for their concern and good wishes,” King wrote. “I’m feeling much better & am leaving the hospital today.”

Our prayers and good vibes are with you, B.B.! We wish him a speedy recovery!