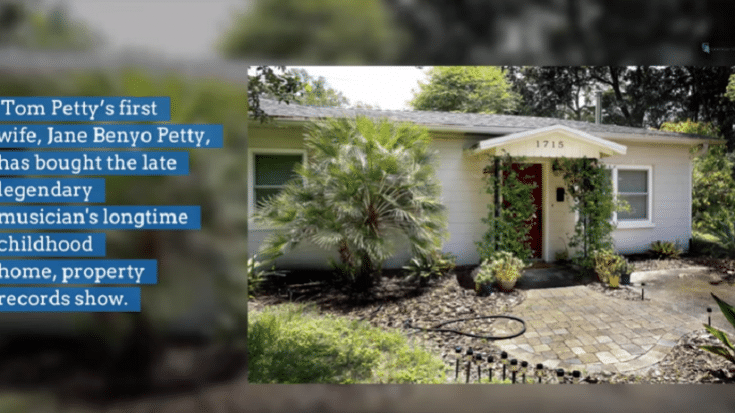 A Superfan Also Made An Offer

The buyer of Tom Petty’s 1,300-square-foot childhood home in Gainesville, Florida has just been revealed and it’s no other than Petty’s ex-wife Jane Benyo Petty. She bought the three-bedroom two-bathroom house at 1715 NE 6th Terrace last July 31 for $175,000. In June, California real estate agent and Petty superfan Kevin Beauchamp placed and offer. Beauchamp intended to convert the house into a museum.

The home was memorable to Petty because it was where he spent his younger years and also where he met Benyo. They both lived in the same neighborhood and got married at 24. They had two children in their 22-year marriage.

Benyo visited the place back in October last year during the Tom Petty Birthday Bash weekend, the first time she’s been to the city in 15 years. She told Gainesville Sun, “There’s no place like Gainesville. And I’ve been everywhere.”

She also talked about how she came up with the idea of purchasing the home. She said, “When I went into the house, it had changed and it didn’t look the same. But I thought we should have it in the family.”

Although Beauchamp initially made an offer, he walked away when he found out that a Petty family member was interested in buying the house. Benyo is still not sure what she wants to do with it but it will likely be passed on to Petty’s grandchildren.