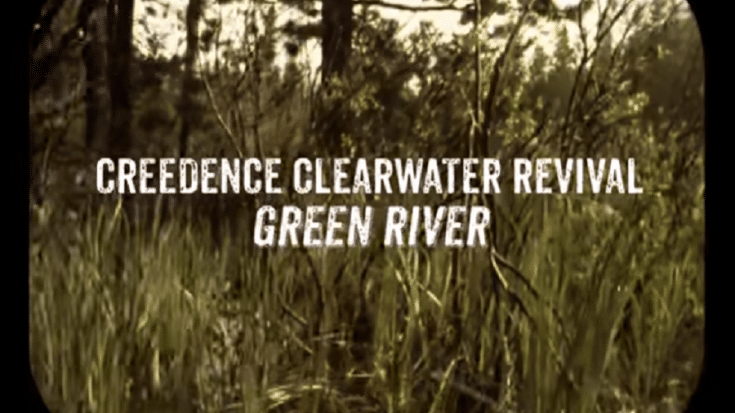 In a recent interview with Uncle Joe Benson on the Ultimate Classic Rock Nights radio show, John Fogerty shared how he came up with Creedence Clearwater Revival’s 1969 single Green River.

He was just eight years old when he found inspiration from an unlikely source – a bright green, lime-flavored soft drink called Green River. Fogerty said, “There was a little pharmacy, a little drug store out at the end of my street, and they had a little soda fountain in there. Eventually, when I got in high school, a lot of my high school friends would come over there and have a sandwich and a Cherry Coke or whatever… But one of the fizzy drinks they could make for you was Green River. They had a little picture – kinda, now, looking back, it looked kinda like the label on Sun records.

“I just stared at that thing… ‘I gotta save that.’ I wasn’t really sure why, a song title or what. I was only eight, I wasn’t playing yet – but I think I was speaking about songs.”

Although he got the title from a soda, the song itself is about a vacation spot he used to go to as a kid called Putah Creek by Winters, California. He went there with his family every year and of course, that place held happy and special memories.