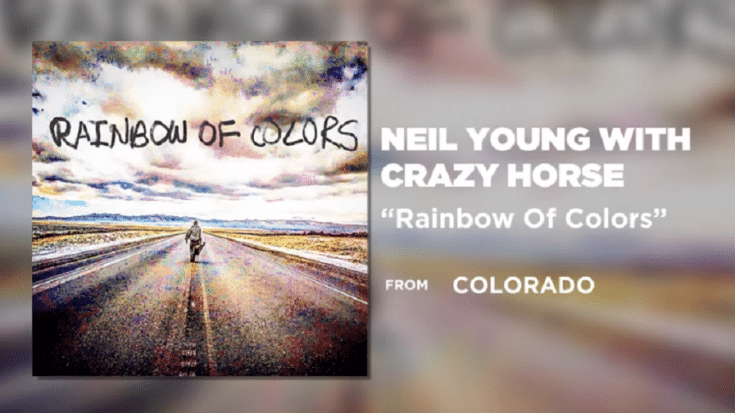 Another Gem in His New Record

It’s just a few weeks to go before Neil Young drops his latest album with Crazy Horse, Colorado, which will be out on October 25. It’s their first collaboration in seven years, a follow-up to 2012’s Pyschedelic Pill. Young continues to give us little glimpses into his new record by releasing another song – Rainbow of Colors. You can listen to it below.

He debuted its live rendition last May at a solo concert in Portland, Oregon. He performed it a couple of times with Promise Of The Real.

Young wrote on his Neil Young Archives website, “Rainbow of Colors is a song about the USA and the whole world. The idea of this song is that we all belong together. Separating us into races and colors is an old idea whose time has passed.”

Colorado will be released along with a documentary about how it was made. Titled Mountaintop Sessions, it’s directed by C.K. Vollick and is only one of 15 film projects Young has been working on. Last September 14, Young headlined the charity concert called Harvest Moon: A Gathering at Lake Hughes, California. One of the songs in his set is New Mama which he hasn’t performed live in over four decades.