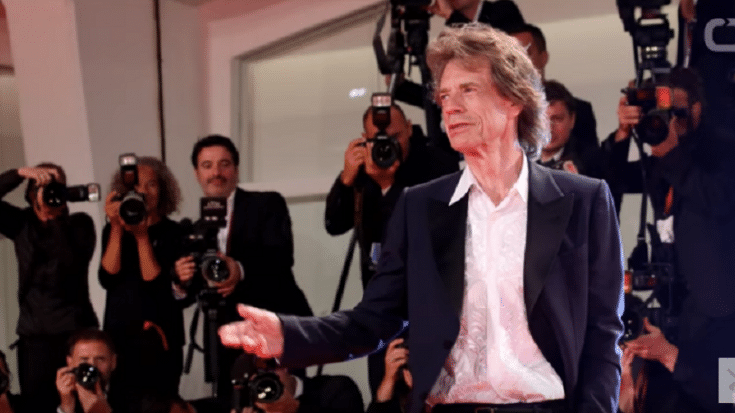 Rolling Stones frontman Mick Jagger recently starred in the noir thriller The Burnt Orange Heresy. He plays the role of art dealer Joseph Cassidy who invites the broke Milan-based art critic James Figueras into his summer cottage and forces Figueras into interviewing and stealing one of the paintings of the famous but reclusive artist James Debney. The film debuted at the Venice International Film Festival and last week, it had its North American premiere at the Toronto International Film Festival.

Jagger said at a news conference, “Acting and singing on stage is all performing, it’s just different kinds of performing, one is live and one isn’t. It’s the smallest role in the film but it’s an important part.”

Director Giuseppe Capotondi, who’s a Stones fan, revealed to Billboard that “We heard that he was looking for a last film to make and so we sent the script. He liked it and I went to London to see him. It was very unnerving before going in, but he’s just a gentle soul. He wanted to do it and then when he was on set, it was just like any other director and actor. He wasn’t a Mick Jagger from the Rolling Stones.

“It’s working with the legend, but the good thing is that he doesn’t act like one.”

Capotondi also added that Jagger “brought some histrionism to the character, which I think it was needed.”

Sony Pictures Classics plans to release the film in 2020.