This Video Proves It: Joan Jett Had The Best Cover Of ‘The Mary Tyler Moore Show’ Theme Song 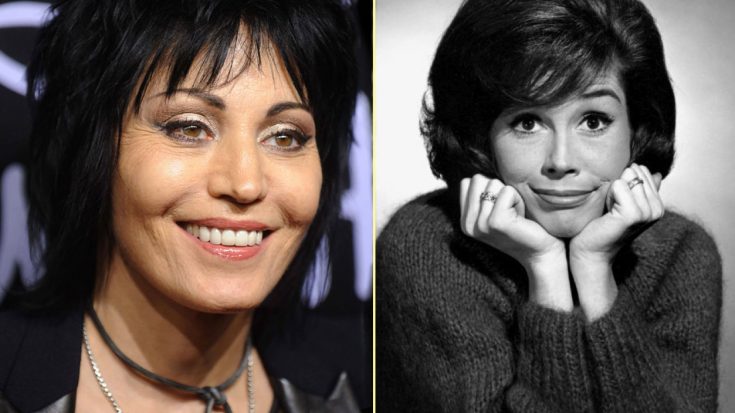 “You’re Gonna Make It After All!”

Last week, the world said goodbye to Mary Tyler Moore, the woman who could turn the world on with her smile and in the wake of her death at the age of 80, there hasn’t been a shortage of celebrities coming forth to talk about the tremendous influence she and her groundbreaking television show, The Mary Tyler Moore Show, had on them. Not even former Runaway Joan Jett was immune to Mary Tyler Moore’s charms, giving a statement to Billboard late last week hailing the late funnywoman for her comedic brilliance and the fearlessness that would spur Joan and millions of women like her towards an impossibly bright future:

“I grew up watching The Mary Tyler Moore Show. I was inspired that women were shown as being equal to men and it had an influence on me as I became a musician. The show was groundbreaking, important and funny. I will miss Mary Tyler Moore.”

Shortly after her statement was released, video surfaced of Jett and her backing band, The Blackhearts, performing “Love Is All Around” – the dreamy, catchy theme song to The Mary Tyler Moore Show, now given a driving, punk flavor that still manages to make you think of Mary and smile as Joan snarls her way through the line “who could turn the world on with her smile”. Sure, there are a ton of “Love Is All Around” covers, but somehow it feels a bit different seeing and hearing Joan combine her gratitude for Mary Tyler Moore’s pioneering spirit with her own trailblazing legacy; it sounds a lot like “Thank you”.