As Black Sabbath Nears Its End, Tony Iommi Has One Final Resolution Before They Call It Quits… 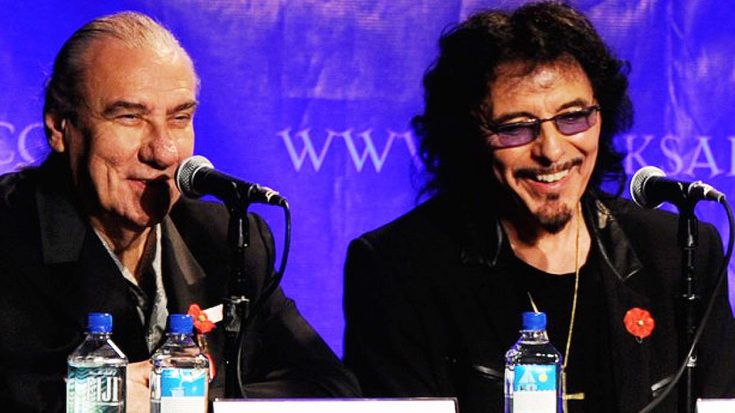 This week will mark the end of an era. February 2nd and 4th will be Black Sabbath’s final performances ever. It’s a sad time, but it’s something that needs to happen. I’m kind of glad that Black Sabbath aren’t trailing this act on for too long. They aren’t dragging their career through the mud or beating a dead horse. They’ve recognized the fact that they’re old, and need to move on.

Before their final shows, guitarist Tony Iommi has one final resolution: to make amends with the band’s former drummer Bill Ward. The feud between Ward and the band dates back almost 5 years. Back in 2012 the band announced the reunion, and after a while Ward suddenly backed out. Ward said it was because of a contract dispute, but Ozzy Osbourne claimed it was because Bill was overweight and not fit to perform. Either way, Iommi wants to make sure the band ends on a positive note, and is willing to reach out to ward to make amends.

“Bill seemed to feel he was getting a bad deal. We never dealt with that, we left all that to management. We just wanted to play together and enjoy it. We were playing with Bill for a bit and then he never turned up…It would have been nicer to have Bill with us but unfortunately it never happened… At some point I wanna call him. I still love him, he’s still my brother, but you have arguments. To be honest with you, I don’t know what the fuck happened because I don’t do the business side of it.”– Tony Iommi said.

Here’s hoping the band is able to end on a happy note, and has a happy retirement!