The Who Mess Up New Song “Break the News” 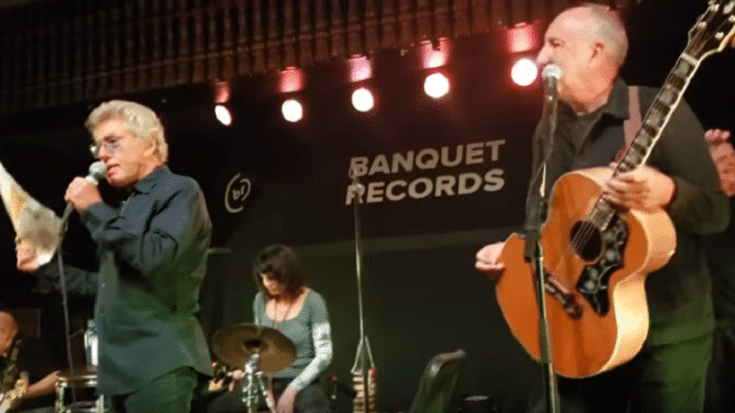 Everyone Still Enjoyed It Though

As announced late last year, The Who performed at a small night club on February 12 – it was their most intimate venue in decades. During their show at the PRYZM nightclub in Kingston upon Thames, England, they powered through an eight-song set alongside an acoustic band. And aside from their classic hits, they also played two songs from their latest album Who – “Break the News” and “She Rocked My World.”

Roger Daltrey, however, messed up a bit during their first attempt at performing “Break the News.” He even had to consult the lyrics written on a sheet paper. He admitted to the crowd, “I’m in the first stages of the dreaded late-seventies. And the memory ain’t what it was. I’ve never sung this song before live. I might have to read it.”

He also added, “Simon is such a great songwriter. For years he’s done his songs at my solo shows, but it’s great to find a song that actually fits on a Who album. It fits really well. Let’s try it.”

Halfway into the number, Daltrey said: “Can we start again? I’m lost. I’m completely lost.” To which Pete Townshend responded with: “I knew he’d be trouble. He’s deaf and he’s blind, and for the last year and a half he’s had a carrot up his arse. Should I remove it?”