The Best Classic Rock Bands Where Every Member Sings 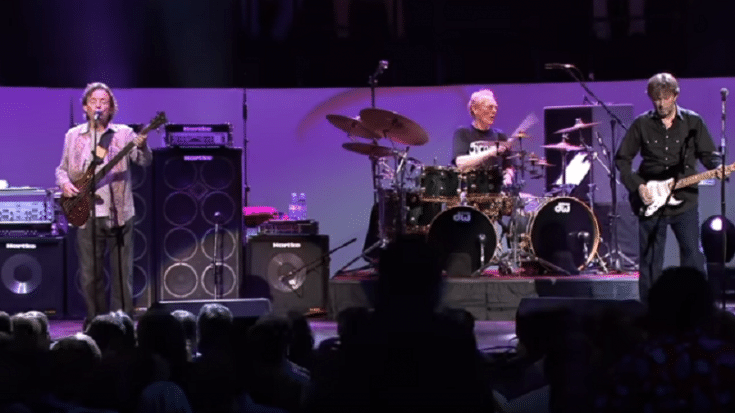 The Spotlight’s On Everyone

For most rock bands, there’s only one lead singer. Others may add harmonies or background vocals but each member has a primary role to play. Thus, it’s kind of rare to find a group where everyone sings or lands the role of lead vocalist. There were those who bought into this style – with their drummer or guitarist taking over the lead singer duties.

One thing’s for sure – it worked for them because having other members step up and lead some of their songs meant there’s something new, different, and exciting. Check out these bands:

They may be known for their elaborate live shows and dramatic makeup & costumes but the original lineup took on the lead singer role for some of their classic songs – Gene Simmons on “Rock and Roll All Nite”, Paul Stanley on “Detroit Rock City”, Ace Frehley on “Shock Me”, and Peter Criss on “Beth”.

Formed in the 1960s, Moby Grape was slated to be the next big thing except that it never materialized because of bad contracts and bad decisions. For their self-titled debut album released in 1967, all five members sang lead vocals and every single one of them also had a hand in songwriting. Now that’s a lot of talent!

Even with their short-lived career as a group, Cream proved to be a force of nature in the rock world. This power trio was composed of virtuoso musicians who were the best at their craft. So maybe it didn’t come as a surprise that each one of them became lead singers for some of their tracks – Eric Clapton on “Strange Brew”, Jack Bruce on “White Room”, and Ginger Baker on “Blue Condition”.

When you have four members as talented as them, you’re gonna want to take advantage because individually, they could definitely hold their own. On some of their albums, every one of them stepped up to the spotlight to display their vocal chops – David Crosby on “Almost Cut My Hair” (Déjà Vu), Stephen Stills on “Woodstock” (Déjà Vu), Graham Nash on “Our House” (Déjà Vu), and Neil Young on “Helpless” (Déjà Vu).

While they may or may not be the first to do so, The Beatles certainly helped popularize the whole concept of having each member take the rein as lead singers. While John Lennon and Paul McCartney sang lead vocals on most of their songs, George Harrison shined on “While My Heart Gently Weeps” and Ringo Starr also showcased his vocal ability on “Yellow Submarine.”