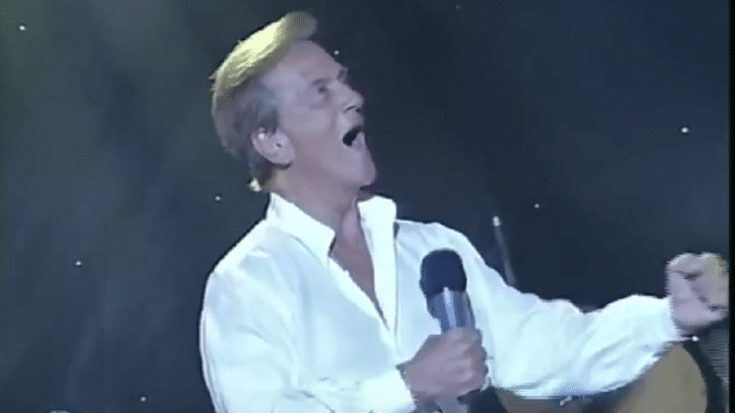 This is more baffling than the first time we saw Marilyn Manson without makeup and it’s equally jarring.

Okay, here’s the thing. Pat Boone is possibly one of the few guys in the music industry with a squeaky clean image. He sings gospel music, is a motivational speaker, and he even hosted Bible studies in his own home back in the ’70s. Then in 1997, he released In a Metal Mood: No More Mr. Nice Guy where he covers hard rock and heavy metal classics – you know, the kind of stuff mothers warned their kids about.

He then went ahead and promoted the album wearing leather vests, a dog collar, and even had temporary tattoos. One of the songs is Deep Purple’s Smoke on the Water. We wish we could say he did justice to the song but we can’t even keep a straight face while watching this. In his defense though, Boone wanted to lighten up the mood and poke fun at himself.

The whole album began as a running gag among his band members and that’s perhaps what it’s all ever going to be. It’s enjoyable and a bit hilarious. It’s not winning “Cover of the Year” any time soon but hey, at least the guy knows how to take a joke.