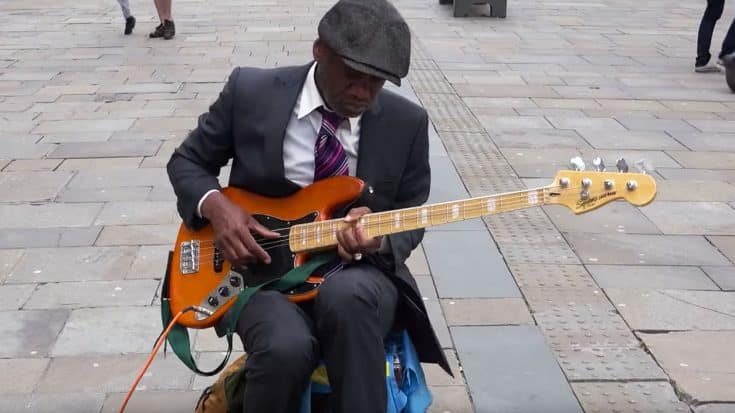 Chances are, if you’re reading this, then you’re already aware of just how great Jimi Hendrix was. Arguably the most iconic guitarist in all of rock or even in all of music in general, Jimi Hendrix is still considered one of the most influential guitarists of all time, even 47 years after his death. He was one of the best, pure and simple.

Jimi Hendrix’s iconic playing is seen everywhere in today’s best guitar players. Whether that guitar player is a shredder, a blues virtuoso, or anything in between, Jimi Hendrix’s influence is engrained in many players and it will remain that way for a long time. Here’s the proof!

What you’re about to watch is a video in which a man who is known as Ojay, ‘the Hendrix of the bass‘ takes to his bass guitar and plays out on the street, only he’s not just playing your standard bass licks, he proceeds to play what would make Jimi Hendrix proud! Don’t believe me? See for yourself!