Story | ZZ Top Played Their First Show In Europe In 1980 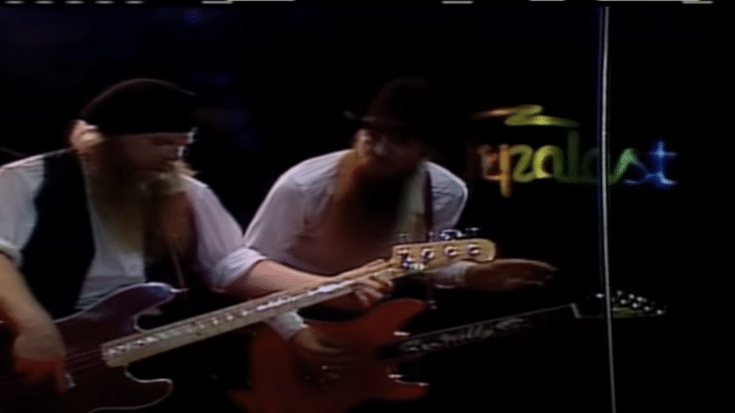 It Was A Surreal Moment

On April 19, 1980, ZZ Top played their first ever European show at Grugahalle in Essen, Germany. And it was also broadcasted live on German music TV show Rockpalast. The iconic rockers powered through a 22-song set full of their classic hits. That was forty years ago.

Reminiscing that unforgettable moment which became a turning point in their career, guitarist Billy Gibbons told UCR: “Germany brought us to the world. That was the particular night that really lit the fuse for ZZ Top with our newfound friends and fans across Germany, and then crawling slowly across Europe.”

He added, “The records were out and the mystery and mystique of ZZ Top led to a welcomed rocking embrace once we hit the stage.”

At the time, they already released six studio album including two of the greatest records in their arsenal – “Tres Hombres” and “Degüello.” And so all they needed was a little extra boost – the live broadcast gave them exactly that. Gibbons revealed, “Peter Rüchel, the promoter who dreamed up the presentation, had successfully persuaded German TV to authorize an all-night broadcast, something that was new to audiences across the country. And Peter, being a stalwart ZZ Top fan, arranged for us to hit the deck at the prime hour when the viewership was at a zenith. So, in the middle of the night, we hit it and hit hard. The outcome was having made a zillion new friends who got acquainted with our Texas trio in a big way.”

Interestingly, Gibbons admitted that nobody “bothered to announce to us it was to be a televised set!” Still, it wasn’t long before they reaped the rewards of that particular show. And Gibbons said, “We are still amazed [by] how far reaching the Rockpalast ’80 effect was, embraced by the rock ’n’ roll underground scene. [It] is still something of an enigmatic moment, the effect of which reverberates from back in the day up to the present, especially when discovery of the film brings an early ZZ Top into play. It’s all about a rockin’ good time.”