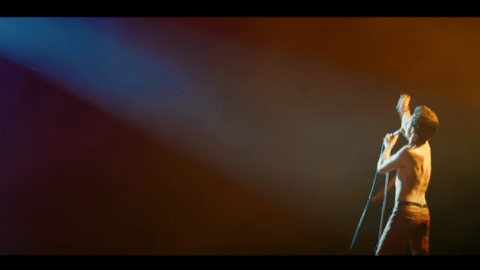 He Admits They Did Think About It

2018 biopic Bohemian Rhapsody was a massive commercial success. It grossed $903.7 million and bagged multiple awards. And so it comes as no surprise that there have been rumors about the possibility of a sequel. However, in a recent interview with Rolling Stone magazine, guitarist Brian May set the record straight – that it’s not going to happen, for now at least.

He said, “Don’t think we didn’t think about it. We’ve talked. Basically we think not, at the moment. Things could change, I suppose, but I think it would be difficult.”

If there would be a follow-up though, it would mostly likely be about Freddie Mercury’s last years where he lives in recluse and away from the public eye. But according to May, “I don’t think that would be an uplifting thing to do. I’m not saying it’s impossible because there is a great story there, but we don’t feel that’s the story we want to tell at the moment.”

May concluded, “There’s a million things in our career which you couldn’t show in a movie since the movie had to be so simplified to make it watchable. But we don’t really think there’s another movie there. That’s the long and the short of it. I think we should look somewhere else. There are other ideas that we had, but I don’t think a sequel will happen. But we have looked at it pretty seriously.”

Meanwhile, May and his bandmates have stayed active on social media during the pandemic – churning out tutorials, and even a lockdown version of the Queen classic “We Are The Champions.”