Stevie Ray Vaughan Jams Rare, Acoustic Sesh That Will Rock Your Socks Off 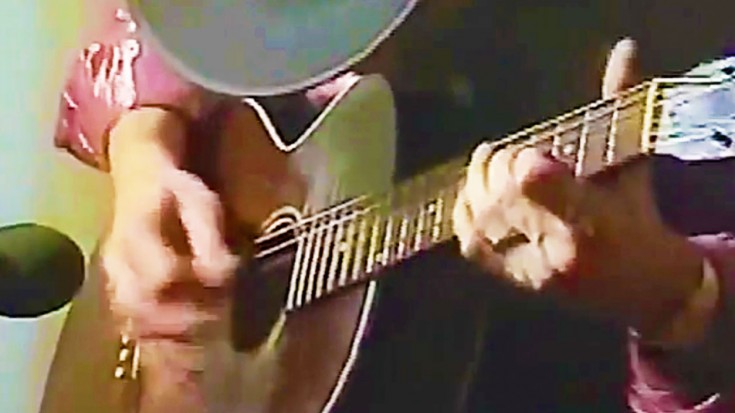 A Man And His Guitar

There are so many things to love about SRV, but probably our most favorite was his ability to just annihilate an improv sesh with ease and watching him give this acoustic guitar a run for its money, could not make us any happier.

From his DVD “TV Appearances,” Stevie released several intimate performances that had not been seen yet, including this acoustic jam that makes our hearts warm.

Interesting Fact: He has regularly achieved critical acclaim for his albums and guitar playing and in 2003 he was rated at number 7 in Rolling Stone magazine’s directory of 100 greatest guitarists. He also received a posthumous induction into the Blues Hall of Fame in 2000.

Throughout the entire video, Stevie does not pick up his head once which could be for many reasons but we like to believe that he was that taken by the beautiful, sweet, acoustic melodies he was producing. Enjoy!