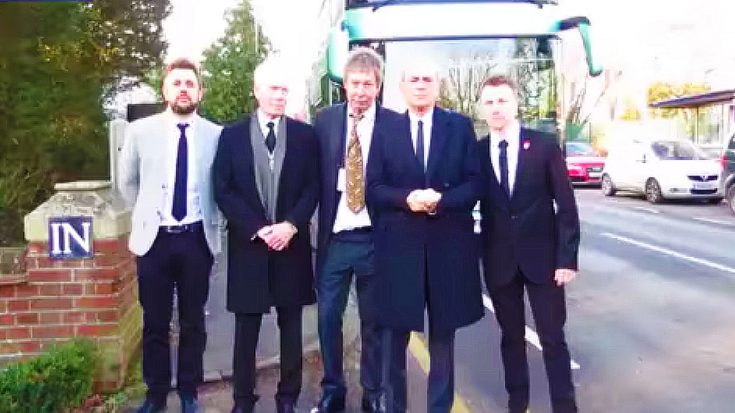 This week, Status Quo guitarist Rick Parfitt was laid to rest by friends and family in what they call a ‘gig themed’ ceremony nearly a month after the legend’s death at the age of 68. An emotionally charged day that saw tributes pour in from all over the world with everyone from Queen’s Brian May and Roger Taylor to Parfitt’s own children leaving heartfelt notes for their friend, colleague and father, the most touching moment came from his former bandmates who actually arrived at the funeral in a tour bus to give Rick a rockstar farewell.

Sure, it sounds crazy – but when you’ve spent as much time together on the road as they have, sharing stories and getting shoddy sleep from the comfort of your bunk for years on end traveling from gig to gig, to arrive on your tour bus to pay your last respects to one of your closest friends not only seems fitting, but the appropriate thing to do. In keeping with the ceremony’s rock and roll theme, friends and family celebrated Rick’s life to the tune of Frank Sinatra’s “My Way” before the poignant affair ended some time later with Parfitt’s final composition “Over and Out” acting as the recessional.

A ceremony full of the things Rick loved most: family, music, and a bus full of men who helped make his dreams of rock and roll stardom come true – we never knew Rick but somehow we’re sure that that’s the way he would have wanted it.