Old Bandmate Spills The Beans On What It Was Really Like To Work With Axl Rose: He May Not Like This… 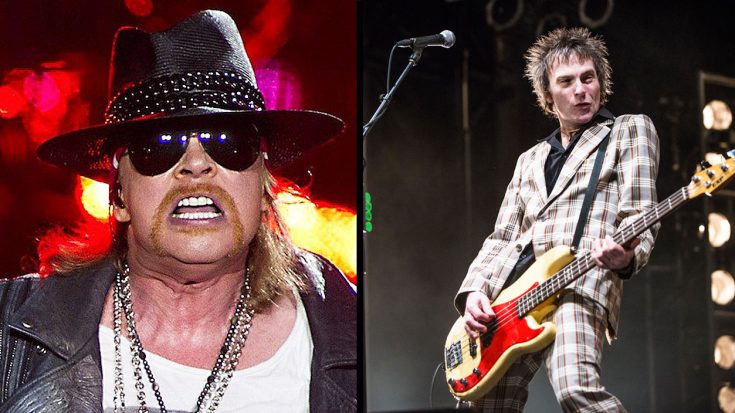 As of right now, Guns N’ Roses is at a good point in their journey. Axl Rose, Slash, and Duff Mckagan have reunited to bring us as fan the original GNR lineup and if you were at any of the concerts, then you’d know that they still sound just as amazing. There was a point in time, however, where the fate of GNR was in question. They still sounded amazing, but Axl Rose was the only member, at the time and the band’s new material definitely had a different sound.

Their most recent album Chinese Democracy is truly an underrated album. The reason it was the target of so much criticism is mainly because it didn’t have the “classic GNR” sound that fans were expecting. The thing is, it’s still a great album. It’s just rather unfortunate that it got the hate that it did.

Recently, Axl Rose’s old bassist Tommy Stinson spoke on the whole process of making Chinese Democracy with Axl Rose. Here is some of what he had to say:

Tommy Stinson is asked: Was being in Guns N’ Roses the hardest gig you’ve had? Was the Replacements more difficult?

His answer: “You know, all of them had their own bits. I wouldn’t say any were any harder than the other. In terms of the Guns N’ Roses record, only because it took so long to get done, at the end of the day it seemed like still Axl wasn’t happy with it and so it kinda got yanked from his hands a little bit prematurely. That’s kind of a disappointment to me more than anything. All things considered, I think we all did our best job, put our best foot forward, and there’s that record, you know?”

Tommy Stinson is asked: You obviously played on Chinese Democracy and toured behind it. What’s your take on that record?

His answer: “I think there’s some good stuff, I think there’s some not-so-good stuff and I think that probably could be said for all those Guns records. There’s some stuff that wasn’t my favorite but that’s just me. But that kinda goes with everyone’s f****** records. I can’t even think of how many bands I like their entire fucking record. They are out there of course, but I can’t think of one right now.”

What’s your take on all of this? Did you like the record? Did you not? Let us know in the comments!