After All This Time, Neil Young Finally Gets Candid About President Trump… 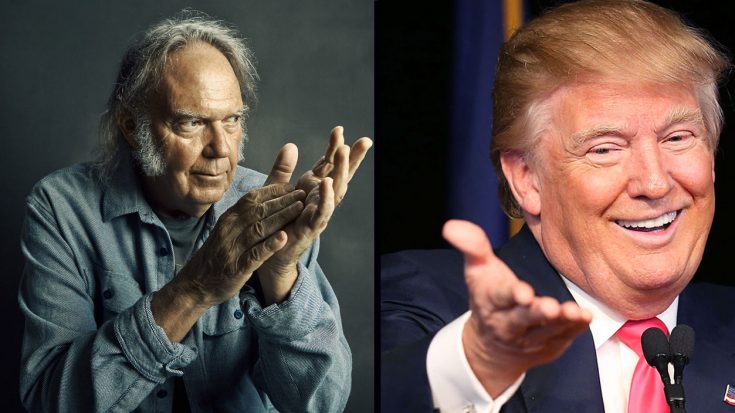 It’s no secret that Neil Young is a known activist. The man is one of the most legendary and iconic musicians of the past 50 years, and being exactly that he has created a monumental platform for himself to be able to share his candid thoughts. Whether you agree with him or not, you cannot deny that he is strong in conviction and it shows when he speaks his mind.

The inauguration is already behind us, so that means that Donald Trump is officially the President Of The United States. It would be safe to assume that Neil Young would be consistently outspoken about the whole thing, but surprisingly, he has been rather quiet… Until now.

Neil Young recently spoke out regarding President Trump. Here is just some of what he had to say. Bare in mind, what he says here was said just after the election.

“Maybe this election thing needs to be looked at again, maybe there’s something wrong with it, maybe there’s something wrong with the candidates, the choices, the availability, the forum that it is, the two-party system, the whole thing. Maybe the whole thing is a little bit off and people are looking at it, that’s why there wasn’t any interest. Many people when Bernie went away just went away. They said, ‘He was the only one we liked, the other ones we don’t like and we’re not gonna vote for something we don’t like cause we felt what it was like when we were backing somebody we really believed in.’ So that’s what happened in my view.”

“But it’s all water under the bridge, I think for activism we’re going to be really nourished by what’s going on and people are gonna come together with music and social media and feeling and trying to keep the ideals of the country and do everything they can to preserve that which they believe in, that they’ve believed in their whole life, many of them have fought for. I just think it’s not gonna go away slowly, not gonna go away quietly.”

What do you think of what Neil Young has to say here. Do you agree? Do you disagree? Let us know in the comments!