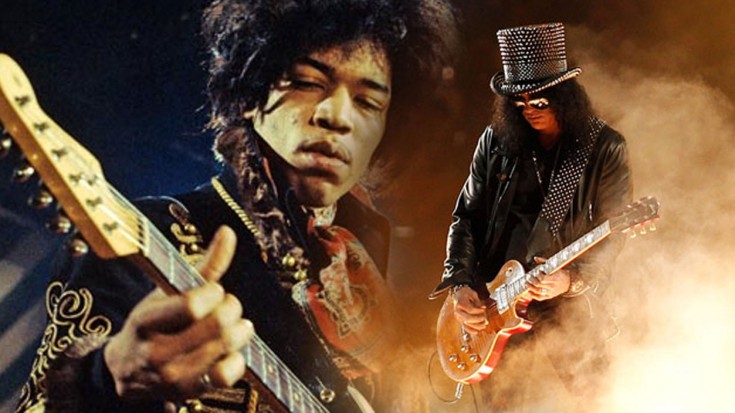 The Hall of Fame started in 2004 with the induction of five founder members and five more members selected by a public televote, two from each of the last five decades.

In 2005, Jimi Hendrix was inducted into the UK Music Hall of Fame. Many have paid tribute to the legend over the yeas, but this time was special. It was deserving, and inevitable that Hendrix has had an influence on almost every guitar player, and deserved to be recognized accordingly. It was now Slash’s time to give something back to one of his idols by showing support and covering “Hey Joe“.

The 2005 inductees were selected by a panel of 60 people from the music industry. Others inducted included;