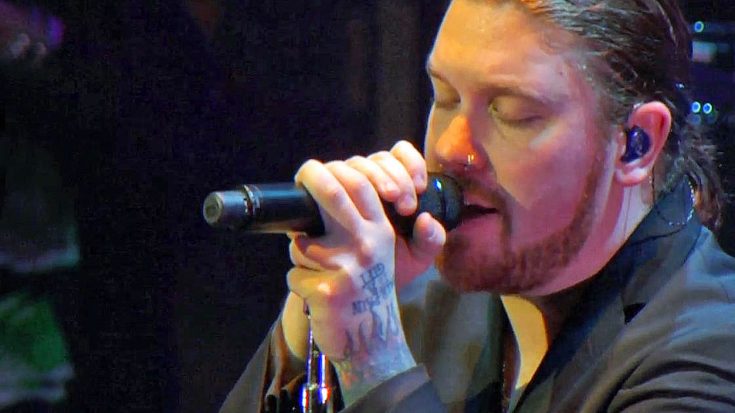 In 2004, Jacksonville rockers Shinedown followed in the footsteps of some other well known Jacksonville natives when they recorded a cover of Lynyrd Skynyrd’s ‘Simple Man’. What originally began as an acoustic “thank you” to Ronnie’s widow Judy Van Zant gave way to a stunning re-release of their debut album Leave a Whisper that included both an acoustic and hard rock version of ‘Simple Man,’ becoming Shinedown’s most critically acclaimed album to date.

It’s no easy task taking the most iconic song in Lynyrd Skynyrd’s repertoire and performing it before a live audience, but in this exclusive live footage, not only do the guys in Shinedown do just that, they absolutely own it!

If ever there was a modern rock vocalist capable of delivering the kind of emotionally charged vocal performance required for a song like this, it’s Shinedown frontman Brent Smith; his is the perfect blend of rock and roll and a little of that gritty soul that seems to be so unique to Southern rock and not only does the band as a whole manage to add something uniquely Shinedown to ‘Simple Man,’ they also hold tight to the song’s original spirit.

We loved the original because while it rocked, it made us think and more importantly still, made us feel – when it comes to covers, however, Shinedown delivered far and away one of the best renditions of this Lynyrd Skynyrd classic that we’ve ever heard.