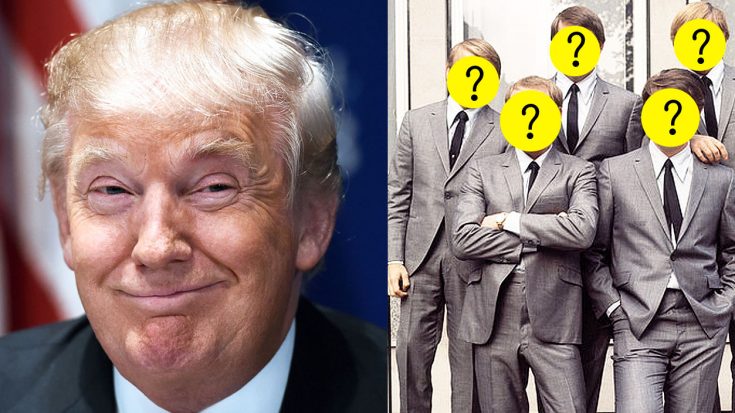 So as of recent, President Elect Trump has been on the quest to find artists to perform at the Inaugural Ball, and despite the constant fluctuation of artists signing on then dropping out, you can’t necessarily say that he has a shortage of artists set to perform. The current lineup at the time of this writing includes acts such as Toby Keith, 3 Doors Down, The Frontmen Of Country, The Piano Guys, The Radio City Rockettes, Lee Greenwood, Jackie Evancho, Sam Moore, and DJ Ravi Drums.

The B Street Band (a Bruce Springsteen tribute band) was set to perform, but they refused at the last second. However, it is now being reported that the legendary Beach Boys have just signed on to headline the Inaugural Ball. It was reported before that The Beach Boys were ‘expected’ to perform the Inaugural Ball, but nothing was ever confirmed. Now, it’s official.

What do you think about The Beach Boys performing the Inaugural Ball? Are you excited to see them play? Let us know what you think in the comments!