Camera Catches Neil Peart Drumming In A Dressing Room And It STILL Puts Other Drummers To Shame! 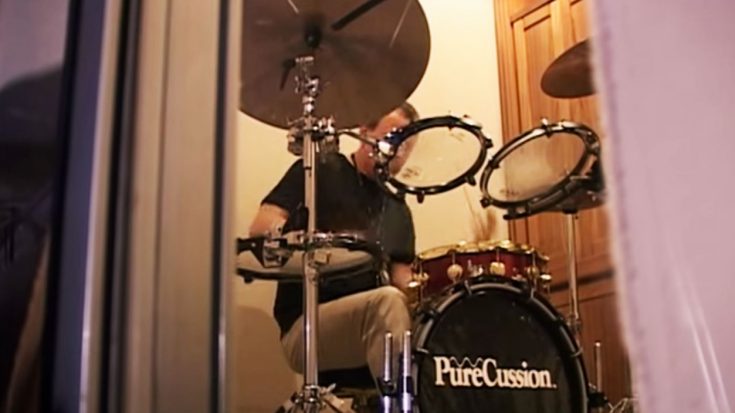 Neil Peart Warming Is Still Better Than Anything Else!

It’s a massive understatement when I say that Neil Peart is a great drummer. The truth is that he is just one of the (if not THE) best in rock history. I could go on and on about how great of a drummer he is, so I’ll just say this. He is an influential legend that is often imitated, but never duplicated. His drumming legacy spans over 40 years and in terms of technique, style, precision, and overall awesomeness, there is just no one that comes even close. Even Neil Peart’s warmups put other drummers to shame. Speaking of which…

What you’re about to watch is a video in which a cameraman secretly films Neil Peart warming up on a small drum set in his dressing room. The thing is, most drummers warm up with maybe some paradiddles or arm exercises or something along those lines. Neil Peart, on the other hand, warms up with something that will melt your face off. Don’t believe me? See for yourself!