Jason Bonham Channels His Father In This Ridiculous Solo During This Performance Of “Moby Dick”! 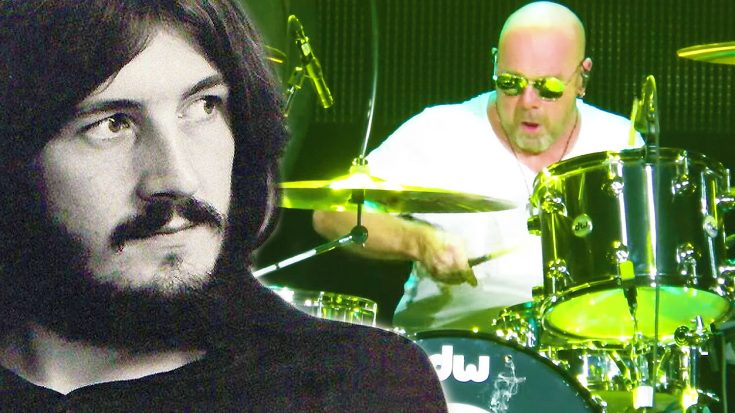 When John Bonham passed away, the world lost the greatest drummer of all time. His passing was so tragic, that Led Zeppelin basically decided not to continue on, and disbanded. If you think about it, Led Zeppelin is the only band that broke up because of a drummer.

Luckily, Bonham’s son Jason has taken the initiative to carry on his father’s legacy, and has been performing his songs in tribute bands and select reunions for years. What makes this even better, is that Jason is just as fantastic as his father, and even adds his own flair to his performances. Take for example this specific performance. While performing at the Hard Rock Hollywood in 2016, Jason pulled off a ridiculous performance of his father’s famous drum anthem “Moby Dick.” His solo lasts about 9 minutes and the crowd is amazed at every second!

Fun Fact:This was Zeppelin drummer John Bonham’s showcase song on early tours. His solo would last up to 20 minutes, while the rest of the band would leave the stage and grab a smoke. Bonham sometimes drew blood performing this from beating his hands on his snare and tom toms.

Check out Jason’s performance down below and prepare to be amazed! His dad would be so proud!