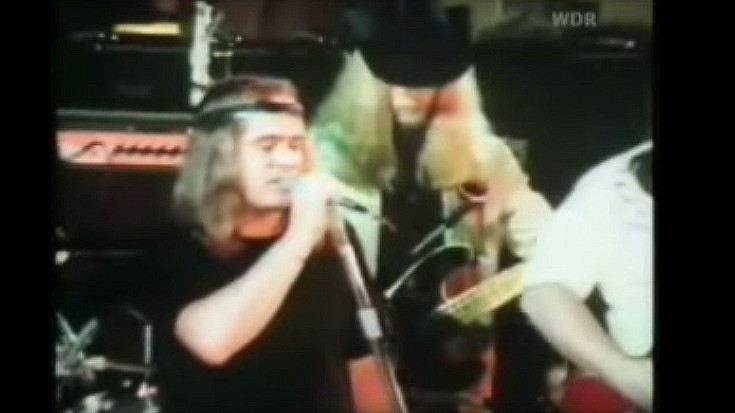 One of the things that people will always talk about and always miss is Lynyrd Skynyrd’s tremendous stage presence – whenever Ronnie Van Zant stepped onto a stage, it was a party from start to finish, and by the time the show was over, you were left breathless and counting down until the band’s next show! This exclusive, rare footage of the boys performing on Germany’s hit tv show Rockpalast is no different; they delivered a performance of ‘Freebird’ that can easily be considered one of their best, hands down.

Featuring Lynyrd Skynyrd’s original lineup, the gem of the entire performance was definitely Allen Collins’ guitar solo that eventually turned into a nearly 8 minute instrumental jam session, much to the delight of the crowd!

Guys, this is classic Lynyrd Skynyrd at their absolute best. If you weren’t a Skynyrd fan before, then this performance will turn you into one!