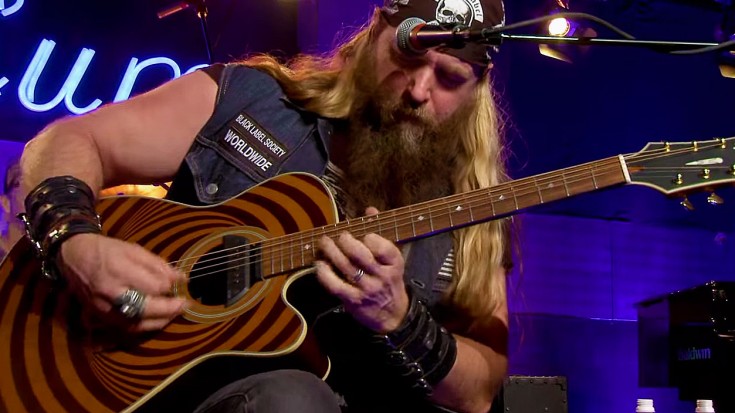 Is That What I Think It Is…?

Metal rocker Zakk Wylde may have cut his teeth shredding with Prince of Darkness Ozzy Osbourne for two decades, but at the end of the day, he’s just like us – a huge fan of the late Jimi Hendrix. So big, in fact, that Zakk’s been tapped to participate in Experience Hendrix, an all-star tribute to the late guitarist that’s featured the likes of guitar legend Buddy Guy, Kenny Wayne Shepherd and Double Trouble alumnus Chris Layton – and in true Zakk fashion, he approached a Hendrix classic in an unconventional but killer way.

Fun Fact: At only 19, Zakk was tapped to play for Ozzy Osbourne, replacing Jake E. Lee for the next 20 years.

Yep. Let that one sink in.

Zakk’s using an Epiphone acoustic with a mounted pickup to achieve the sound of an electric guitar, and the final result is really cool, really amazing, and more than a little innovative. At first glance, it looks like he’s going to attempt to transpose the blistering “Voodoo Child” into something bluesy and acoustic before launching into something completely new and different, and it’s definitely a take on a classic that I’m sure Hendrix fans will appreciate!