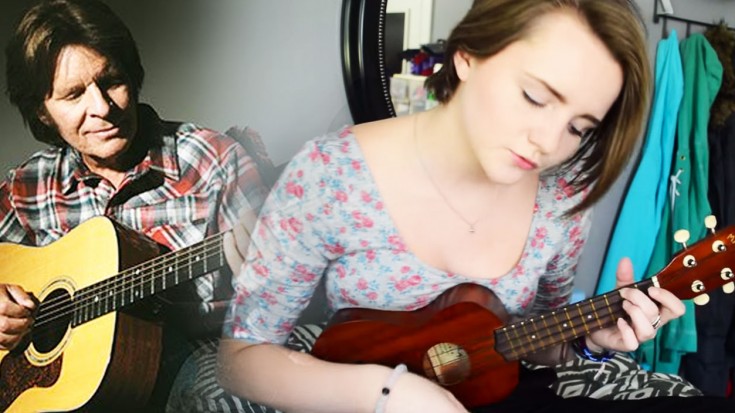 “Lookin’ Out My Back Door” was written and produced by John Fogerty for Creedence Clearwater Revival’s fifth studio album “Cosmo’s Factory.” It received gold certification and eventually reached platinum. A lot of people thought this song referred to drugs when in fact, it was penned PARTLY as a dedication to John’s son Josh who was three years old at the time of writing.

The song is known for its upbeat tempo, its down-home feel, and a signature change in key and tempo towards the end. The song’s lyrics, filled with colorful, dream-like imagery, led some to believe that the song was about drugs.

Nicole Tester does a fun but very beautiful cover of this CCR classic. She has incredible strumming technique and her voice is simply angelic! Who wouldn’t love her charismatic and moving rendition? We just can’t wait to hear more from this talented young lady. Oh and by the way, we’re putting this on repeat today. 🙂