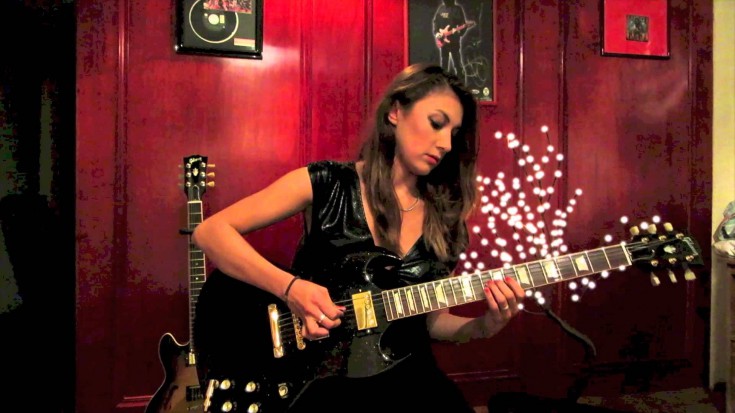 “Europa (Earth’s Cry Heaven’s Smile)” is one of Carlos Santana’s most popular tracks. Though there are no lyrics, this composition earned its fame because of the amazing guitar solo. Radio stations love putting this track on repeat.

When he was on tour with Earth, Wind and Fire; he played this song backstage and the band suggested that he record it. He played alongside Tom Coster who lent a hand in improving some of the chords.

One SongFacts member and Santana fan wrote: “No matter how bad you feel or how down you are. Play this song and you WILL feel better, closer to GOD. They say music is the gateway to heaven or hell. This one must be on GOD’S favorite list.”

Raquel Guerrero shows off her guitar chops with this cover. It’s a beautiful version and we can’t help but think how many hours she spent practicing. Now that’s dedication!